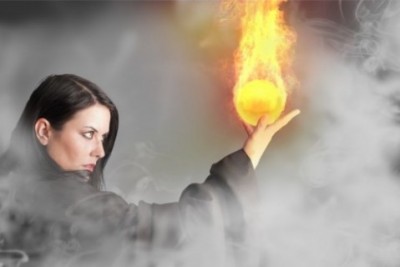 The Two Sources of Supernatural Power

There is a rise of supernatural activity in these days, and it is important that we understand the difference between what is of God and what is not. A perfect illustration of this is when Moses and Aaron faced off in a supernatural showdown with the Egyptian sorcerers.

And Aaron cast down his rod before Pharaoh and before his servants, and it became a serpent. But Pharaoh also called the wise men and the sorcerers; so the magicians of Egypt, they also did in like manner with their enchantments. For every man threw down his rod, and they became serpents. But Aaron’s rod swallowed up their rods.

It is clear from the Scriptures that God is a supernatural God and that He empowers believers to walk in supernatural acts. However, He is not the only source of supernatural ability; Satan also has supernatural powers and can give these powers to people as well.

Moses and Aaron were clearly operating in the power of God, and when Aaron threw his rod to the ground, it became a serpent. Pharaoh’s magicians and sorcerers were also walking in supernatural power, and they were able to cause their rods to become snakes as well. But their power did not come from the one true God; it came from the devil. In the same way, those who engage in occult activities today are tapping into real power; but it is power that comes from the demonic real.

Any attempt to access supernatural knowledge or power outside of the one true God is spiritually dangerous, and is considered involvement in the occult. However, it is also dangerous to ignore the power of the Holy Spirit that is available to us as believers. Just like Aaron’s rod swallowed up the rods of the Egyptian sorcerers, we need the true power of God at work today to swallow up the false like never before!

Jake Kail is a teacher, author, and speaker who is passionate for the kingdom of God. He was called into ministry during his college years, after a life-changing encounter with God. The focus of his ministry is on teaching and equipping believers, strengthening local churches, and seeing awakening and restoration come to the church. He also ministers often in the area of deliverance from evil spirits, seeing people set free from bondage, torment, and oppression. Jake is the author of three books: Restoring the Ministry of Jesus, Can a Christian Have a Demon?, and Abiding in the Vine. He speaks at churches, retreats, conferences, and other venues. Jake lives with his wife and family in Lancaster, PA where he serves on the pastoral team at Threshold Church. Check out Jake’s website and blog here: http://www.jakekail.com.
Previous 5 Crazy Things Christian Artists Are Doing for Jesus
Next Christopher Duffley – Imperfectly Awesome Child