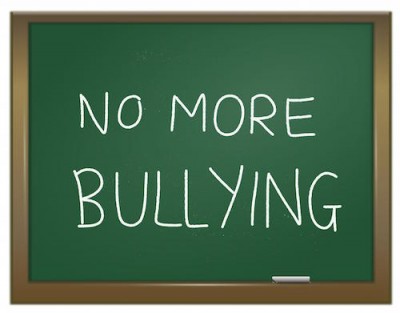 1. the aggregate of features and traits that form the individual nature of some person or thing

It’s when the going gets tough that person’s character shines forth, lighting the darkness.  That shining seems even brighter when it flows from the innocent heart of a child.

Nicolas Neesley, eight, at his elementary school in Quincy, Michigan, stepped up to defend his friend who was being bullied by a fifth grader.  Instead of following the same example of demeaning and threatening words and actions, Nicolas used his words asking the bully if the fight “was necessary”.  As often happens, he, too, was shamefully treated by being “spit at” and “called a name”.

After arriving home and telling his parents what happened, Nic asked them if he should be friends with the boy doing the bullying.  Nic’s mother reported that he was bothered by the fact that the bully didn’t want to be friends with him.  His parents advised Nic to wait it out a while.  Nic followed his heart the evening of October 5, Anti-Bullying Day at his school, after observing that while most others wore blue to support anti-bullying, the fifth grade bully stood out in his all black attire.  That prompted Nic to write a letter bridging the gap between kindness and meanness.  He felt it would be an open door inviting the older boy into a friendship.

Nic addressed his letter to the school where it was read over the loud speaker the next morning.  “You don’t have to bully.  If you don’t have any friends just make a friend it’s very simple.  But you already have a friend, us.”

The story does not go on to tell of the outcome, but Nic’s character certainly speaks for itself.  He did what he could.  Twice.  He stepped in to help a friend and he reached out lovingly to another human being who wasn’t being so lovable.  That is a masterful display of character.  And it follows Jesus’ admonition to “do unto others as you would have them do unto you.” (Luke 6:31)

I suspect Nic’s response to the older boy will also resonate within that fifth grader’s mind and heart until the power of Nic’s loving act changes the other boy’s way of  thinking and acting.  (1 Corinthians 1-8)

Where have you hesitated to display sterling character traits while at the same time missing out on following the Lord’s command to love your neighbor?  If you keep in mind Nicolas’ resolve to be kind, how can you step up at your next opportunity?  Will you?

admonition anti-bullying day befriend briding the gap bullied Bully Character child's innocent heart demeaning do unto others as you would have them do unto you fight friend invitation kindness vs meanness letter lovable masterful display of character Michigan name calling Nicolas Neesley personal value Quincy reaching out resonate spit at stompoutbullying.org threatening You don't have to be a bully 2015-10-27
Stephanie Hanouw

Tags admonition anti-bullying day befriend briding the gap bullied Bully Character child's innocent heart demeaning do unto others as you would have them do unto you fight friend invitation kindness vs meanness letter lovable masterful display of character Michigan name calling Nicolas Neesley personal value Quincy reaching out resonate spit at stompoutbullying.org threatening You don't have to be a bully

I just love walking outdoors - day or night. I identify most with the creative side of God and am energized by His artistry all around this world. He amazes me every time I turn around! Yeah, God and thank you, Jesus.
Previous Moving Works: Films About Jesus
Next Guilt Versus Grace–Who Wins?