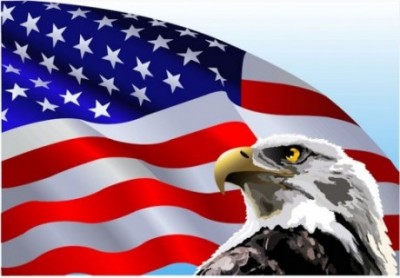 Any American, especially a veteran, living in the United States, should be allowed to fly the flag of our country anywhere. That is what Delia Foster, a 24 year Air Force veteran, believed. However, when her homeowners association in Loudon County, Tennessee, informed her that flagpoles were not permitted, she did not take “no” for an answer. She said, “I am a person who fights for what I think is right.”

Delia was told that she must comply with the regulations of the association, but the wording was vague regarding flagpoles.  She did further research. It was discovered that the association’s board abides by the county codes with no specific restrictions on flagpoles because they are not considered structures. After convincing the board to retract their decision, Old Glory was once again waving majestically high above her home. Even a local veteran’s color guard was present to help. Delia proudly remarked, “It really makes me feel great to be able to walk under that flying flag again.”

Here’s a question: “Why do some people so easily bow to some regulation instead of finding ways to keep the flag waving?” Even though it was not the flag itself that was the issue, the fact remains that this board of directors did not bother to check the language written in the county codes. There should never be restrictions that result in the symbol of a nation not being allowed to be displayed.

This brings up the subject of respect for the flag today. Several news stories have surfaced recently about people right here in America desecrating, and even trampling on our flag, and law enforcement has done nothing about it! It comes with serious penalties. A section of the U.S. Code says this: “Whoever knowingly mutilates, defaces, physically defiles, burns, maintains on the floor or on the ground, or tramples upon any flag of the United States shall be fined under this title, or imprisoned for not more than one year, or both.” Now, or course, the homeowners association did none of this. However, can disputes over flagpoles lead to other things? We must not only keep the flag flying high, but also hold it in high regard.

Delia Foster has love for America and respect for the flag. Her determination to keep it flying won out! This story has broader application. We all need to work for what is right, regardless of what laws say. II Corinthians 8:21 says to “have regard for what is honorable, not only in the sight of the Lord, but also in the sight of men.” We cannot allow a small misinformed minority to dictate our actions. It is necessary to be well-informed and involved if righteousness and freedom are to prevail. Former president and statesman, Ronald Reagan, said, “Freedom is never more than one generation away from extinction.” Therefore, each new generation must fight for it.

Let’s all let the American flag wave high above our porches, businesses, and hilltops, from “sea to shining sea.” Where would be a good place for the flag to be flown in your neighborhood, for all to see?

John Livingston Clark is 67 years of age and lives in central Washington State. He has written two published books, and two published poems. His initial book is called, " God's Healing Hope: Breaking the Strongholds of Wrong Thinking." His second book, released in December of 2016, is a motivational book written to seniors titled, " Seniors: Are You Retiring or Recharging?" Both books are available on amazon. You can also view his writings on www.faithwriters.com. John is available to speak on a variety of topics. Visit me at jclarkministries.com
Previous The Bible Opens Up About Diet and Exercise
Next Princess Charlotte of Cambridge—And The Rest of Us