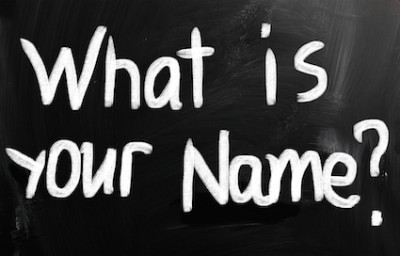 Princess Charlotte of Cambridge—And The Rest of Us

Charlotte Elizabeth Diana. That’s the name the Duke and Duchess of Cambridge, Prince William and Princess Kate, gave to their baby girl. She will be known as “Her Royal Highness Princess Charlotte of Cambridge.” According to nameberry.com, Charlotte means “Free Man.” It originated from French and is the feminine version of Charles. Charlotte is an elegant royal name with a grownup ring to it, yet it’s girly and sophisticated.

It’s just a name, you may say. Still, it made entertainment news. As soon as the name surfaced, the public took to Twitter and other social media, offering comments ranging from rants to praise. Apparently, for many, the Princess of Cambridge’s name is a very big deal. Some people are disappointed that the princess didn’t get the name “Alice,” since it’s a popular, historic, royal name. Others are mourning the money lost in bets over the baby’s name. Some are jealous the Princess took the name before they could first give it to their baby, while others just think it’s the cutest name ever.

A name is just a name … until it’s attached to dignitaries with status and power. Then it’s worthy enough to appear in headlines and grace talk shows. A baby born to a neighbor across the street with the name Charlotte will go unnoticed. However, a baby with the same name, born to royalty, will go down in history.

But should it be this way?

Whether our parents are celebrities, royalty or hardworking middle-class citizens, we are all created equal by God. Galatians 3:28 says, “There is neither Jew nor Greek, there is neither slave nor free, there is no male and female, for you are all one in Christ Jesus.” Regardless of our names, we’re all special in God’s sight. He formed us and knew us from the womb. (Jeremiah 1:5) Each one of us is fearfully and wonderfully made. (Psalm 139:14) So, whether you’re a Karen, a Kardashian, a Dan or a Denzel, you’re special in the sight of God; He shows no partiality. His recognition is the only one that really matters.

At the end of the day, the only name which holds enough authority to have everyone saying it and bowing at His presence, is the astounding name of Jesus Christ.

“That at the name of Jesus every knee should bow, of things in heaven, and things in earth, and things under the earth; and that every tongue should confess that Jesus Christ is Lord, to the glory of God the Father.” (Philippians 2:10-11)

Have you identified yourself with Jesus? What does your name mean to you?

Amelia Brown is from the beautiful island of Jamaica. She is a 28 year old Guidance Counselor by profession, but a passionate writer at heart. Most of her articles written are aimed at stimulating positive change under the guidance of the Holy Spirit. She is also a published poet and a member of Faithwriters. Outside of writing, she enjoys volunteering, cooking, and turning frowns right side up. Amelia currently lives in New York.
@ameliambrown
Previous Let The Flag Proudly Wave
Next 5 Training Tips For The Race of Life