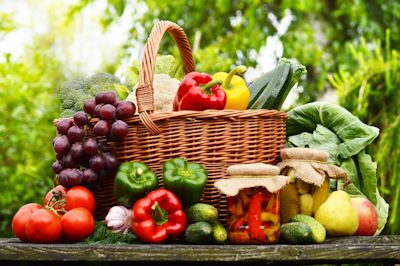 Planting A “Garden of Hope”

Many business people like to feel powerful and in control.  That all changed for a former executive who learned what really is important in life. Daron Babcock used to work at a private equity firm until his wife died of cancer. Drinking and drugs then became his downfall. He said, “For the first time I felt powerless.”

Daron began attending a Bible study and became involved in HIS Bridgebuilders, a Christian community development ministry. He quit his job, sold his home, and moved to the inner city of Bonton, Texas, an area of extreme crime and poverty. Because of low income there was a prevalence of heart disease and diabetes due to poor nutrition. Daron saw this as an opportunity.

The late Robert Schuller liked to say, “Find a need and fill it.” That’s exactly what this former executive did. He bought a vacant lot next to his new residence. He planted a garden with no experience in horticulture, the produce from which would be available free of charge to anyone willing to help tend it. “The pilot garden became a beacon of hope…”said Michael Craven of Bridgebuilders. Known as Bonton Farm-Works, its short-term goal  is to provide jobs and food. Seeds have been planted in soil with the ultimate goal of reaching souls. Here is a classic example of one person doing something simple and seeing God multiply it in the lives of others. It brings to mind the Gospel account of Jesus feeding the 5,000 with nothing more than five loaves of bread and two fish.

One man and one garden, combined with a vision, to give hope to others. There is a saying that goes, “bloom where you are planted.” Daron seized the moment to do that. Imagine what would happen if more Christians followed his example. Take something simple, and ask God to turn it into a vision for His glory. God knows how to take whatever you give him and cause it to blossom and multiply. John 15:5, a fitting verse for the topic at hand, quotes Jesus as saying to his disciples,

“I am the vine, you are the branches; he who abides in Me, and I in him, he bears much fruit; for apart from Me you can do nothing.”

What small thing can you do to “bloom where you are planted?” How can you warm someone’s heart with hope, both physically and emotionally?

John Livingston Clark is 67 years of age and lives in central Washington State. He has written two published books, and two published poems. His initial book is called, " God's Healing Hope: Breaking the Strongholds of Wrong Thinking." His second book, released in December of 2016, is a motivational book written to seniors titled, " Seniors: Are You Retiring or Recharging?" Both books are available on amazon. You can also view his writings on www.faithwriters.com. John is available to speak on a variety of topics. Visit me at jclarkministries.com
Previous Are You Believing a Lie? Do You Want to Know the Truth?
Next Healing from a Dead Relationship