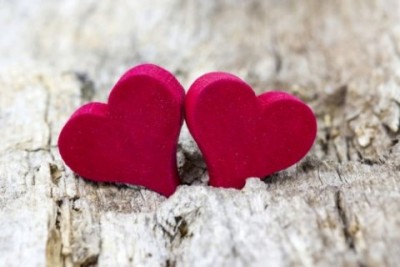 Can people change in the way they think? Here are two stories, one from a prison, the other about a big city major. Like many prisons, Laclede County Jail in Lebanon, Missouri, has a ministry to inmates. Every week two clergymen conduct Bible studies. They are well received. Many of  the prisoners are attentive, and some look forward to these times, waiting with their Bibles in hand. One exception was a man named James.

James made fun of what was said, interrupting with ridiculing comments. Those who were serious about studying the Bible just ignored him. After several weeks of hearing the teaching of biblical truth, James began to change. His mocking words stopped. He started listening attentively. He ended up committing his life and heart to Jesus Christ. Steve Strauch, one of the pastors, said, “It’s the Word that does the changing,” when it comes to spiritual transformation. The principle to learn from this story is to just keep teaching the Word of God and let Him bring about the change.

This second story is about seeing change take place in the heart of an individual resulting in a different response to a societal issue.  When New York City police officers Wenjian Liu and Rafael Ramos were gunned down last year, mayor Bill deBlasio was anti-law enforcement. He had completely alienated the NYPD. Through time and the course of events, the mayor has had a total change of heart.

At the recent funeral of slain officer Brian Moore, the mayor was very supportive of the police officers. Here is what he said: “One thing is clear, when the police give you an instruction, you follow the instructions. It’s not debatable.” In reference to protests he stated, “When the police say stay to the sidewalk, it means stay to the sidewalk, and that has to be respected.” The NYPD made 140 arrests during the protests for the killing of Michael Brown and Freddie Gray. It sounds like the mayor of Baltimore could learn a few things from Bill deBlasio.

Many people are in bondage to wrong thinking that takes them down a destructive path. Both James and the mayor of New York City think differently and it has led to positive restoration.

Romans 12:2 tells us to “not be conformed to the world, but be transformed by the renewing of your mind.”

You, too, can see a change of heart through the power and love of God. Can you identify some specific wrong thinking that is holding you in bondage to problems in your life or relationships? What would help your mind be transformed to think differently? Can you read books, get counseling,  associate with different people, change what you listen to or look at, or something else?

be transformed by the renewing of your mind change of heart do not be conformed to the world faithfully teaching the Word of God funeral of Brian Moore Laclede County Jail Missouri mayor Bill deBlasio mayor of Baltimore mayor of New York City mocking biblical truth NYPD obeying police orders racial protests Romans 12:2 the bondage of wrong thinking 2015-05-11
John Clark

Tags be transformed by the renewing of your mind change of heart do not be conformed to the world faithfully teaching the Word of God funeral of Brian Moore Laclede County Jail Missouri mayor Bill deBlasio mayor of Baltimore mayor of New York City mocking biblical truth NYPD obeying police orders racial protests Romans 12:2 the bondage of wrong thinking

John Livingston Clark is 67 years of age and lives in central Washington State. He has written two published books, and two published poems. His initial book is called, " God's Healing Hope: Breaking the Strongholds of Wrong Thinking." His second book, released in December of 2016, is a motivational book written to seniors titled, " Seniors: Are You Retiring or Recharging?" Both books are available on amazon. You can also view his writings on www.faithwriters.com. John is available to speak on a variety of topics. Visit me at jclarkministries.com
Previous Assemble the Mighty Men: How Grads Can Prep for Success
Next Classrooms, Cafeterias, and … Puppy Rooms?