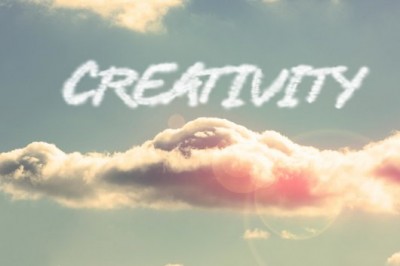 Our Hope: God Gave Us Creativity!

“Having gifts that differ according to the grace given to us, let us use them…” Romans 12:6a (ESV)

Last evening I attended a Bible study for women at our church.  And something the facilitator in the video said caught me, and has stayed in my mind, and my heart, ever since I heard it.  It is something we all need to realize about ourselves, and it should spur a definite change in our attitudes about ourselves, and the God who created us.  This is not for women only; it is for every child of God.

I will paraphrase what was said, as I was much too stunned to write it down properly.  In essence, it is that those of us who think we are not creative are deceiving ourselves.  If we operate as though we have no creativity at all, even when we are serving the Lord and His people, we are limiting the impact and the transference of the gospel message.

Consider that we all do have different gifts such as is stated in several different places in the Word of God.  We think of them only by the words that are used to describe them in that Word.  However, each gift was created, and was done so with a purpose.  Each of us was formed with a place in us for that gift or gifts.  Does it not make sense then that if God is going to give us a gift, if He is going to equip us for His service? Would He not give us the creativity to use in the most useful of ways, with the greatest impact, and in ways that would make the fallen world stand up and pay attention?

This speaker made it clear that we often operate with a sense of unworthiness.  That is not what our God intended. How can we be effective, and how can we touch others the way we want to touch them, if we are not walking in the confidence of who we are in Christ?  By doing exactly that, we contribute to our own feelings of unworthiness, and that is also not of God.

Jesus modeled creativity for us.  He used parables to make a point, and to allow those who could not comprehend to understand spiritual truths.  He was spontaneous when it came to performing miracles, and that is a form of creativity.  He was creative every time he spoke to a sinner who needed Him.  The woman at the well is a perfect example of how He showed her who He was, and who she was as well.  He drew crowds of followers, and He drew people one-by-one also.  He was the epitome of creativity.

Jesus is Our Hope.  He knows our creative side.  He also knows our feelings of unworthiness–that we are so very ordinary that we have not an ounce of creativity in us.  However, creativity is there. He knows it is there, and He also knows that His power will drive it if we will allow Him to.

Yes, it is our decision to make.  When I realized this, I woke up.  I have been on the fence believing this lie for too long.  Come with me and jump off the fence, admit you are a creative being, and allow Jesus to use you more than you could ever imagine.  He is Our Hope, and He will show you just how completely you have been equipped for His service!

“But you are a chosen race, a royal priesthood, a holy nation, a people for His own possession, that you may proclaim the excellencies of Him who called you out of darkness into His marvelous light.”  1 Peter 2:9

When have you allowed the creativity God gave you out of its box?  What did you do when you realized what a wonderful gift it was? Please comment here or go to www.mystoryofgrace.com, and share your story with us.

Each is given a gift God equips us I attended a Bible Study Jesus used parables Our Hope: God Created...Creativity! Spur a change in our attitudes about ourselves and our God unworthiness We deceive ourselves thinking we are not creative we limit the impact of the gospel message when we are creative in our service the fallen world will stand up and pay attention www.mystoryofgrace.com 2015-09-16
Lili

Tags Each is given a gift God equips us I attended a Bible Study Jesus used parables Our Hope: God Created...Creativity! Spur a change in our attitudes about ourselves and our God unworthiness We deceive ourselves thinking we are not creative we limit the impact of the gospel message when we are creative in our service the fallen world will stand up and pay attention www.mystoryofgrace.com

Lili lives in central North Carolina. She writes devotionals and Christian articles and has been published in e-magazines, newsletters, and articles. She is a member of Faithwriters.com. She and her husband Chuck love to travel, and are animal lovers as well. They are active in their local church. Lili credits God for any inspiration that allows her to write. It's all about Him!
@@ohiolili
Previous 7 Practical Tips for Gaining Contentment
Next The Beauty of Imperfection