Breaking News
Home / Our Hope / OUR HOPE: His Holy Name 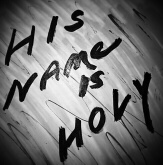 OUR HOPE: His Holy Name

‘But I had concern for My holy name, which the house of Israel had profaned among the nations to which they came.’ Ezekiel 36:21 (ESV)

God cares about His name.  God’s name and the regard of it is paramount to His ministry among mankind.  He had made the Israelite people His people, and had proven to them over and over again of His love for them, delivering them from peril and famine, providing for them in all ways.  Yet His name had been profaned by these same people.  They took it in vain, they swore by it, and they harmed it simply by not living as He had instructed.  They had wandered away from His land, as well as His hand, and as they traveled the nations, they took with them their disobedience and disregard for the holy name of their God.

God instructs the prophet Ezekiel to inform the people that anything good that is about to happen to them is not for them.  Rather, it is for the vindication, restoration, and glorification of His holy name, which they have profaned.  They have dishonored Him greatly.  But God was informing them He would restore them, their land, and all they had lost during the time of waste.  But it was not for them.  Although they would benefit greatly, they would pray a price.  And that price was to turn back to Him, to their Lord, to follow His ways and His commands, and to live in front of Him in holiness, no longer profaning His name by speech or act.  They would bow to their King, and reap what He has sown into Israel as He restores His holy name.

With these words and actions, God would restore the power and majesty of His holy name in not only the nations, but within the hearts of His people.  Israel would learn a great lesson through their time of desolation; that God is indeed LORD, that He will not tolerate their disobedience, yet He loved them still.  He is a covenant God, and as such He will continue to love, care, and provide for His own.

God is never mean or cruel.  His very nature is love.  Yet, because of His great capacity to love, He must maintain His name as sovereign.  He will not allow His own to wander off and defile His name, or themselves.  The world must see Him as who He is, the hope of the world.  He is Our Hope, and we shall magnify His holy name with thanksgiving and praise!

Lili lives in central North Carolina. She writes devotionals and Christian articles and has been published in e-magazines, newsletters, and articles. She is a member of Faithwriters.com. She and her husband Chuck love to travel, and are animal lovers as well. They are active in their local church. Lili credits God for any inspiration that allows her to write. It's all about Him!
@@ohiolili
Previous What next?
Next Seen By Angels