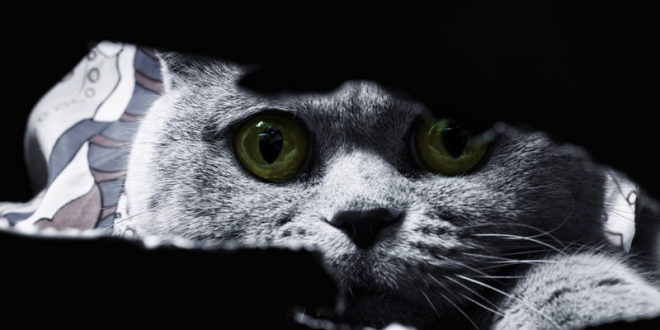 Can You Spot America’s Greatest Enemy?

To truly be a super predator, an enemy needs to have a scheme to overcome its prey. Have you ever watched a cat take down a mouse? He knows the mouse is quick and agile, but he also knows that if he positions himself correctly, he can surprise the mouse as it is passing by. Because of this, he hides and waits until it is time to spring on the unsuspecting rodent. Just as quickly as it starts, it also ends. The cat’s main tool is that he knows where the battle is about to take place and the mouse doesn’t know until it’s too late.

The Snake in Our Grass

Lately there is unrest in America. It’s not because of taxes or that someone next door has it better than we do. Sure, those things can frustrate us, but we all know we can push forward. What’s unsettling is that something is creeping among us, and we don’t know who it is or when they’re going to strike.

In Ephesians, we are told to put on the full armor of God (Eph 6:11). However, before we are even told what that armor is, our enemy is identified. I mean, doesn’t this make perfect sense? How can we know what armor to use if we don’t know who or what we are fighting?

You see, it’s not your neighbor, our politicians, or even other nations. Yes, we may not agree with their beliefs or even the things they do, but who is creating that tension between everybody? Who is stirring the pot and causing people to lash out at one another? Ephesians warns us that it is spiritual wickedness in high places. This is the culprit and who we need to intervene against.

Snakes are very adept and resourceful at what they do. They deceive their prey by blending in until the most opportune time. Once they spot a weakness, they strike and wither away any defenses their victim may have. If it’s a constrictor, they suffocate their prey and may even begin to consume them while they are still alive, making escape nearly impossible. A venomous snake can be equally deadly by pushing neurotoxins into the victim’s bloodstream, which can both paralyze the victim and begin the digestive process before it even is ready to consume its meal. The prey’s best chance is in identifying the deceiver before it has a chance to strike so that it can parry the attack and escape. Such as it is in America. We have a hidden enemy that either wants to constrict our ability or poison our mind. 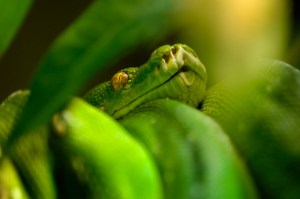 Birds of a Feather

Birds are quite possibly the most well equipped creatures to shutdown a serpent’s attack, and I’m about to tell you why this is so. Birds have some of the best eyesight of God’s creatures, so even though the snake is a master of deceit, the bird is a master of surveillance. Once a bird spots a snake, it then sounds the alarm by squawking so everybody knows trouble is in the midst. Many birds, such as ravens and crows, will even roost above the intruder, so that the snake’s position is easily revealed to anyone who will observe the bird’s behavior. At that point, no bird in its right mind is going to approach the exposed fiend, unless it’s a bird of prey and wants to make a meal out of it. The snake loses its advantage, as it must then give up it’s camouflage and use its resources to escape.

A Gathering of Eagles

Eagles are amazing creatures. They can be very independent creatures and they know how to own the sky. However, eagles can also gather together at times. In fact, the Bible even speaks of this in Matthew 24:28 and how eagles will gather at the return of Jesus Christ. I’m not going to go into great detail about that at this time, but I do want you to consider gathering like eagles to prepare for what’s ahead. We need to stop dividing ourselves and use our great gifts, like eagles and ravens, to identify threats and keep each other safe. Stop being mad at your neighbor because they think differently than you or voted for someone else. These petty arguments solve nothing. Find your common ground and learn to work together to strengthen one another. When you can love one another, it’s going to be far easier to spot super predators, because four good eyes are better than two, and the testimony of two is greater than that of one.

2 Cor 13:1 This is the third time I am coming to you. In the mouth of two or three witnesses shall every word be established.

Friends, the enemy’s greatest tactic is to divide and conquer, but there is strength in numbers and we can be victorious when we work together and form a foundation under God. As a nation, we need to stop putting down one another and find ways to lift up everybody from the weakest to the strongest. Lashing out at one another will not solve our problems. In fact, people listen more when you love on them, which in turn makes them more responsive and willing to compromise and find solutions that work for everybody. This is possible, but “possible” only means that it can happen, and it is up to us to turn it into reality. We have to all learn to fly together and expose the true enemy that lies hidden beneath us, because we can only be free if we do not allow that enemy to constrict or poison us. Thank you for reading and God bless.

What are your concerns about the state of world affairs? How can you help make a difference in the community you live in?

Joel M. Bauer is a 45-year-old U.S. Army Veteran from Dunn, NC, which is just outside of Raleigh. After being honorably discharged from the U.S. Army, he attended school at Taylor University, a Christian liberal arts school, in Fort Wayne, IN, where he received his BS in social work and psychology. He has worked in such places as a homeless shelter, a community based treatment center for severe mental illnesses, a school for troubled students, and other social service agencies. His current endeavor is to build The Bottom Line website into a site that inspires both Christians and non-Christians alike, and brings glory to God.
Previous It’s A New Season: Let Intercession Arise!
Next You Can Win In Your Storm