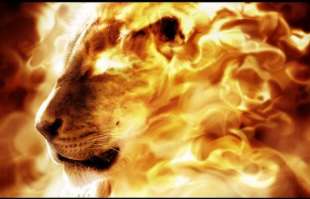 Many people are sensing it. A shift has taken place in the earth.

“I’m not a political person, but in October I felt a new stir to begin praying for the nation and for the church,” one woman said. Another commented similarly, saying God spoke to her through a dream regarding the election, and since then poured out a fresh spirit of intercession upon her.

Christ commanded His disciples to pray to God the Father, “Your Kingdom come and Your will be done on earth as it is in Heaven.” Think of the magnitude of that prayer! The church is to be praying for the establishment of a kingdom on earth that looks just like Heaven! And in Heaven, God’s name is hallowed, worship abounds, and there is no abortion or illness or depravity.

While no individual or institution is going to right humanity’s wrongs, government policies are used either as vehicles of Heaven or of Hell. Every government has some mixture, of course, but one need only contrast the anti-God policies of Communist nations with those which have Judeo-Christian foundations to make a quick assessment of where the prayers of the saints have prevailed.

For decades, Christians in America have bemoaned wicked policy that kills the unborn and mandates that our taxes fund it. We’ve seen the government come against our freedom of speech in schools that once were peaceful and orderly and which daily acknowledged God. We’ve watched a floundering education system not only fail to equip our children to be competitive, but also brainwashes them and keeps minorities especially at a disadvantage.

Suddenly, after years of hearing that judgment was coming on America, the Supreme Governor seems to be granting a stay of execution. Not only that, an unction has been given to protect the unborn, including a major blow to the for-profit abortion giant Planned Parenthood. Legislation to muzzle pastors is being addressed. Policies are being rolled out for school choice in the inner cities.

My continuous prayer, night and day, is for a spirit of intercession to be poured out on the church. That we would be offering up prayers of thanksgiving for our free nation, and earnest supplication for its repentance and agreement with Heaven. That we would listen and hear how the Lord would have us obey.

Today is the day. This is our window of opportunity, and I do not believe we’ll be granted another if we fumble this. All hands on deck! Let intercession arise!

What is your specific prayer for America today?

Emily Tomko's radical encounter with the Lord while at a nightclub changed her life forever and inspired her first novel, College Bound: A Pursuit of Freedom. She is the author of seven books, including 31 Thoughts on Prophecy and Leaving the Shallows: igniting the faith that overcomes the world. Her tastes tend toward vintage and she's a Germanophile, having spent a year in Bremen and Nuremberg. Emily loves the scriptures and writes with fierce compassion and a deep desire to see people freed from the miry clay of this world and walking in the truth.
Previous What’s Your Whale’s Belly?
Next Can You Spot America’s Greatest Enemy?