Breaking News
Home / Politics / Do You Have a Right to Your Property? 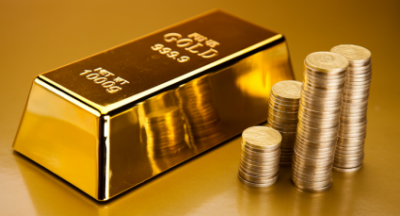 Do You Have a Right to Your Property?

The Constitution protects us against the government seizing our property … right? Yes and no.

We are indeed protected from such actions. History has proven, however, that the government may “take control of both commercial and private interests” if it is “deemed necessary.”

It is the responsibility of the president to protect the security of the nation. He is, after all, the Commander-In-Chief. In the event our national security is threatened, don’t we expect our president to do whatever is necessary to protect the citizens of the United States and our interests? Of course, we do.

At the same time, we can become defiant at even a hint of our liberties being violated. Submitting to this type of authority is not something we are willing to do without significant cause.

In his first 100 Days as president, Franklin Roosevelt, signed an executive order to confiscate gold. The Great Depression was at its worst. Banks were failing. Something had to be done. I wonder how many believed a remedy would include the government labeling them “hoarders” and confiscating their property. Perhaps they believed they were preparing for the future–the “doomsday-ers” of their time.

Section 1. For the purposes of this regulation, the term “hoarding” means the withdrawal and withholding of gold coin, gold bullion or gold certificates from the recognized and customary channels of trade. The term “person” means any individual, partnership, association or corporation.
Section 2. All persons are hereby required to deliver on or before May 1, 1933, to a Federal Reserve Bank or a branch or agency thereof or to any member bank of the Federal Reserve System all gold coin, gold bullion and gold certificates now owned by them or coming into their ownership on or before April 28, 1933, except the following:

(a) Such amount of gold as may be required for legitimate and customary use …
(b) Gold in amounts not exceeding in the aggregate $100 belonging to any one person; and rare and unusual coins.
(c) Gold coin and bullion earmarked or held in trust … (pertaining to Foreign and International affairs).
(d) Gold coin and bullion licensed for other proper transactions (not involving hoarding) …

The sections make it pretty clear that the government was telling you to “show us the money.” All the Secretary of the Treasury basically had to do was consider it to be “necessary”. As you can see in Section 9 (below), the penalties for violating the provision were severe.

Section 8. The Secretary of the Treasury is hereby authorized and empowered to issue such further regulations as he may deem necessary to carry out the purposes of this order and to issue licenses there under, …

Section 9. Whoever willfully violates any provision of this Executive Order or of these regulations or of any rule, regulation or license issued there under may be fined not more than $10,000, or, if a natural person, may be imprisoned for not more than ten years, or both; and any officer, director, or agent of any corporation who knowingly participates in any such violation may be punished by a like fine, imprisonment, or both.

Click on the link to view the full text of Executive Order 6102.

Some would call this redistribution of wealth. The country was in terrible shape to be sure. It is the president’s responsibility to “manage” the affairs of the nation so it shouldn’t be a surprise to us when they’re doing what they believe to be necessary. Was it really necessary though?

As with all things political, the worldviews clash.

Had I lived during the Great Depression I doubt I would have been one of the ones who were wealthy enough to “hoard” gold. However, it isn’t the wealth, or lack of it, that is at issue. The government assuming the power to tell me to “hand it over,” is what I find offensive. My first instinct would be to say, “Nobody is going to take what belongs to me—what I’ve worked for.”

The truth is that whatever we have–or don’t have–is up to God. It is all His to do with as He wills. It is His to give and His to allow the government to take away. Would God give bless someone with treasure only to have the government take it from them? Could that really have been His will?

Would it have been sinful to hold back the gold the government was demanding?

Executive order 6102 certainly presents a challenge to our faith. The Bible tells us that we are supposed to submit to authority. Submission is no big deal if we are in agreement with the authority.

What about when we are not? What if we truly believe it is an unjust order?

The day may come very soon when we too will have to decide whether or not to obey a law or an executive order. Defiance, because it personally offends us, would be wrong. God has placed people in positions of authority.  Some we may agree with, others we may not. We must, in humility, seek wisdom from the Holy Spirit. He may say, “Obey them,” or He may say, “Obey Me.”

God knows we like our “stuff.” (That’s why He warned us regarding our treasures.) After all we worked hard for them. We “deserve”  to keep the rewards for our hard work. We should be rightfully rewarded for hard work and a job well done. The blessings, however, always come from heaven.

Jesus wants us to embrace  the treasure of heaven–eternal life in Him. One day all our “stuff” will be of no value to us.

Matthew 6:19 “Don’t store up treasures here on earth, where moths eat them and rust destroys them, and where thieves break in and steal.” (emphasis mine, NLT)

What is your initial reaction to governmental intrusion into your life? Would you turn over your “treasure” under order of the government?

Melinda is currently the worship leader at her small church in rural America. Married for 23 years, she and her husband Larry have one son. She is the Director of Mailing in the print/mailing industry by day and freelance author by night. Her desire to write is a passion borne from tragedy. God used it to take her faith to a much deeper level. Melinda is a freelance writer and member of FaithWriters. She joined the TBL team in March 2014. Believing we are citizens of a greater ‘kingdom,’ her articles for The Bottom Line examine governmental responsibility, citizen involvement and current political topics. With the great wisdom contained in scripture as her guide, she looks at today’s political environment from a Biblical perspective. She prays her words will prompt the reader to view citizenship - and every aspect of their life, through the eyes of faith. Col 3:17 To read more of Melinda’s writings on her faith, hope, and life visit her blog Still Living Still Loving or her page at Faithwriters.com. You can also follow her on Twitter @MKZbk.
@@MKBzk
Previous Dear Beloved of God: You’ve Got Mail
Next Persecution: Bringing Beauty to the Bride