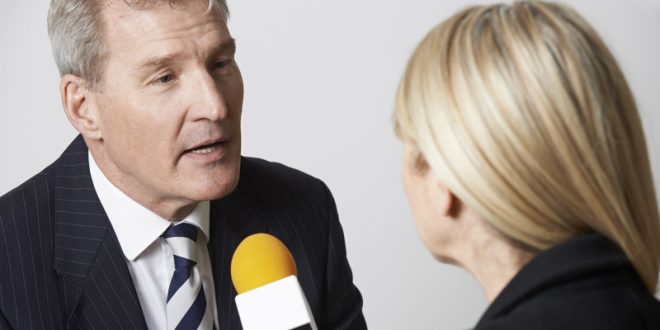 When the people of America elected Donald J. Trump as our President, we entered a new era of politics. Not since the fireside chats of President Franklin Roosevelt between 1933 and 1944 and the first televised debate between Kennedy and Nixon in 1960, has new media had such an impact on our politics.

The White House Press Corps is no longer the sole source of information out of Washington. We now receive daily tweets from the President and 24-hour updates from traditional as well as alternative media news sources on YouTube.

Some of which has turned out to be fake news.

President Trump first coined the phrase “Fake News” during his bid for the White House. He was describing what he perceived as the deliberate distortion (or suppression) of facts that the media engage in for the purpose of framing the story instead of reporting the news.

Both the right and left of the political spectrum have critics of media misinformation and those behind it.

The internet is a remarkable tool that can be used to educate and inform. A world of knowledge is immediately available to millions of those who would otherwise not have access.

New media has multiplied the dissemination of the gospel. An explosion of corporate and independent ministry websites (such as this TBLFaithnews), blogs, and podcasts, are promoted via Twitter and Facebook accounts.

But as with most good things in the wrong hands, dangers can lie beneath the surface. The use of discretion is critical.

Proverbs 16:22-23 (NLT) Discretion is a life-giving fountain to those who possess it, be discipline is wasted on fools.  From a wise mind comes wise speech; the words of the wise are persuasive.

Where do you get your information? And how do you know the source can be trusted? Do you verify the website and the source before you “share” it with your Facebook friends and those who follow you on Twitter? Do they appreciate receiving the “information” you feel the need to share?

You may believe the information is required to make an informed decision, and that may very well be true. You must first, however, confirm whether it is authentic or not. Then you must decide if the intention is to inform or inflame. Is it the whole truth or just enough to create a false narrative of an actual newsworthy story?

If the information is neither edifying, useful, nor given in its entirety, it is probably fake news. That type of “news” is what we used to recognize as gossip – but now it’s on a much larger scale.

We should take care not to post both the gospel message of Truth and the Love and forgiveness found in Jesus Christ, along with political rhetoric that our friends may find offensive and that has the potential to cause division over toxic politics.

Our faith may be a strong influence on our personal politics. Indeed it should be as we allow the Holy Spirit to permeate every area of our lives. Perhaps we may need to review  The Great Commission Jesus gave us in Matthew 28:18-20. It is to seek opportunities to share the gospel – and to do so as the Holy Spirit leads. God calls us to be ambassadors for Christ, not for a particular political agenda.

The apostles had to learn that same lesson.

What should we do if we learn that we’ve shared a story that turned out to be fake news?

What do you do when you are intimidated or fearful or sharing the Good News when the Holy Spirit presented with the opportunity?

Melinda is currently the worship leader at her small church in rural America. Married for 23 years, she and her husband Larry have one son. She is the Director of Mailing in the print/mailing industry by day and freelance author by night. Her desire to write is a passion borne from tragedy. God used it to take her faith to a much deeper level. Melinda is a freelance writer and member of FaithWriters. She joined the TBL team in March 2014. Believing we are citizens of a greater ‘kingdom,’ her articles for The Bottom Line examine governmental responsibility, citizen involvement and current political topics. With the great wisdom contained in scripture as her guide, she looks at today’s political environment from a Biblical perspective. She prays her words will prompt the reader to view citizenship - and every aspect of their life, through the eyes of faith. Col 3:17 To read more of Melinda’s writings on her faith, hope, and life visit her blog Still Living Still Loving or her page at Faithwriters.com. You can also follow her on Twitter @MKZbk.
@@MKBzk
Previous The Left-Right Divide In The Church
Next Can Christians Use Drugs And Alcohol?