Breaking News
Home / Politics / Republican Debate #1: Will You Tune In? 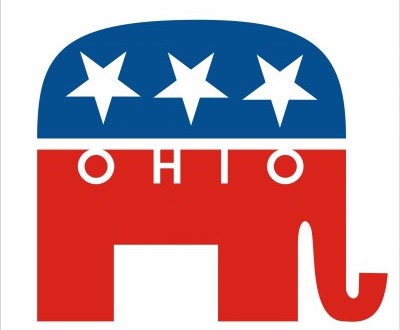 Republican Debate #1: Will You Tune In?

Romans 12:8  “If your gift is to encourage others, be encouraging. If it is giving, give generously. If God has given you leadership ability, take the responsibility seriously. And if you have a gift for showing kindness to others, do it gladly.” (NLT)

Tonight there will be a stage full of Republican candidates hopeful to deliver a presentation that  resonates with voters. Never before have we seen the bench so deep for the GOP. It is so deep, in fact, that there will be a pre-debate, debate. It will include the candidates who did not rank in the top 10, in the latest poll, prior to the network announcement of who would make the “prime-time” show.

Who will tune in? Will it just be political junkies, pundits and undecided Republican voters? Will it be their political adversaries on “the other side of the aisle?” Will the debate claim high ratings? It may–if for no other reason than that people want to see how “the Donald” stands up against all of the politicians.

If it takes Donald Trump to get people actually to listen to what the candidates have to say, the Republican party and the rest of the candidates should thank him. A large portion of the audience may be tuning in to see Mr. Trump, but they’ll also hear what the others have to say as well. The viewer may discover that they agree with another candidate’s position. They may see that certain “something,” in someone to whom they otherwise would have paid no attention.

Generally speaking, there are four types of citizens. Those who don’t feel it is a responsibility to vote may have no interest in politics whatsoever. They may also simply be so cynical that, though they stay informed, they believe their one vote will not make a difference anyway.

Those who do exercise their right to vote may or may not be interested and informed about the issues. A voter who doesn’t take the time to learn about the issues and the candidates they vote for may believe they are fulfilling a responsibility. But they can sometimes do more harm than one who doesn’t vote at all.

What type of voter are you?

The Briggs Myers personality test identifies 16 different personalities, each with its own strengths and weaknesses. Does one of them contain all the traits that make for the “perfect” leader of the free world?

I doubt it. The Briggs Myers Foundation may have identify the 16 personality types, but God created each one of us with our unique combination of characteristics and purpose. Only He knows whether that purpose includes being President of the United States of America.

Esther 4:14 “For if you keep silent at this time, relief and deliverance will rise for the Jews from another place, but you and your father’s house will perish. And who knows whether you have not come to the kingdom for such a time as this?” (ESV)

The debates leading up to the 2016 election will shed light on the individuals’ debating skills and their positions on important issues. Perhaps it would be more enlightening for those seeking public office to take the personality test as well–then make the results available to the public. Many businesses rely on these types of tests when choosing from applicants. I think it would be helpful to the voters when we choose who we want to work for us.

I encourage everyone to watch the debates tonight and come back to let us know who impressed you (or who didn’t). Who got you to view an issue from a different perspective and your overall thoughts on the debate–or anything that you want to share about the event.

Will you be watching the Republican debates? What is your “voter personality?”

Melinda is currently the worship leader at her small church in rural America. Married for 23 years, she and her husband Larry have one son. She is the Director of Mailing in the print/mailing industry by day and freelance author by night. Her desire to write is a passion borne from tragedy. God used it to take her faith to a much deeper level. Melinda is a freelance writer and member of FaithWriters. She joined the TBL team in March 2014. Believing we are citizens of a greater ‘kingdom,’ her articles for The Bottom Line examine governmental responsibility, citizen involvement and current political topics. With the great wisdom contained in scripture as her guide, she looks at today’s political environment from a Biblical perspective. She prays her words will prompt the reader to view citizenship - and every aspect of their life, through the eyes of faith. Col 3:17 To read more of Melinda’s writings on her faith, hope, and life visit her blog Still Living Still Loving or her page at Faithwriters.com. You can also follow her on Twitter @MKZbk.
@@MKBzk
Previous 5 Questions Atheists Tend To Ask, Part 3
Next Disciple Making 101: What About Apologetics?