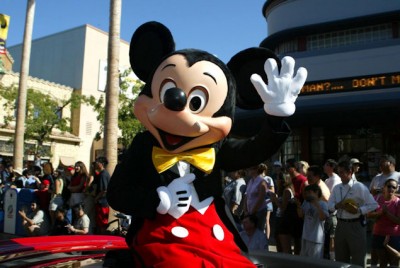 So recently there has been a lot of buzz over bills in several states that want to protect churches and religious groups by allowing them to make choices concerning the LGBT community, as to not violate their beliefs.  In addition there have been similar bills which seek to put restrictions on public restroom usage by the transgender population.  These states include Georgia, Mississippi, and North Carolina.  I usually like to write without bias, but in this case I would like to applaud these states for acting in the best interest of their citizens and visitors.  Unfortunately, much of Hollywood is trying to deter the standards which our forefathers set forth to make this country a land of opportunity, freedom, and prosperity.

Psalm 33:12 Blessed is the nation whose God is the LORD; and the people whom he hath chosen for his own inheritance.

Picking a good buzzword or phrase has frequently been a deceptive tactic used in politics and with various organizations who want people to see eye-to-eye with them.  However, sometimes these words and phrases distract from what is actually being decided on or put into action.  The newest one seems to be “Anti-LGBT”, but is anybody actually being anti anything with these bills?  I think not.  They are simply intended to protect people of faith from having to act in a way that compromises their beliefs, and establish a standard so that there isn’t chaos in public restrooms when someone decides that today they want to go potty in the women’s washroom instead of the men’s.

With these laws being considered, or put into place, a lot of Hollywood has come out to protest.  One of the first to jump aboard the bandwagon was Disney/Marvel.  They literally threatened to not film in Georgia if a bill was passed that didn’t adhere to their political demands.  What?  Really?  Wait a second, I thought state and U.S. citizens were the ones who got to vote people into office and make decisions on how this country is maintained, while keeping the interest of minority groups in mind.  Since when did Batman get to decide who goes potty where?  This is new to me, but quite honestly, I couldn’t give a rat’s behind what Mickey Mouse thinks either.  This simply isn’t how politics is supposed to play out, and quite frankly it’s wrong.

Who Cares? Not Me!

I care about a lot of things, but what I don’t care about is giving in to childish behavior.  Many of Hollywood’s “elite” have come out to protest and refuse to entertain in states with these laws.  Again, I don’t really care, and that is their right.  Some of these include Anne Hathaway, Julianne Moore, Bryan Adams, and Bruce Springsteen.  They are literally going as far as to cancel concerts and appearances.  They may not like a law, but does that mean they should just disregard their fans?  That’s not right by any means.  I’m certain some of these fans even agree with their political views, but I guess they’ll just have to drive a few hundred miles to catch them in another state.  Seems kind of silly.  Just because you don’t like something doesn’t mean you throw a tantrum and refuse to hold up a venue that you agreed to perform at and people spent good money to buy tickets to.  If anything, you should be going to those states and providing facts as to why someone should jump onboard with your beliefs.  Furthermore, I would take someone’s view more seriously who was actually in a state.  Why should someone get a say if they have decided not to contribute to a particular state and its economy?

One thing that I think people need to put more consideration into is foreign relationships, and how our friends from around the world will react to our laws and policies.  If we’re being truthful, in many countries they will literally take someone who adheres to a LGBT lifestyle and put them in front of a firing squad.  Yes, that might be going to an extreme, but we have to realize that these people are actually visiting our country and using our public restrooms.  How do you think they will react when someone they detest goes to take a leak in what they deem to be incorrect for that person.  Sure, it may not be okay how they feel, but this is reality.  People do get angry and often have a low tolerance level.  If we start making restrooms a choice, then we’re also going to have more problems and need more regulations to keep those problems in check.

Standing Up to the Bullies

You know, I don’t dislike people because they have chosen a LGBT lifestyle, and I will never fault someone for sticking to their guns if they truly believe in something, but there are right and wrong ways to share your perspective.  If you disagree with something, take some time and share why your view is beneficial, then provide facts and a plan to show how your idea can be both safe and functional for everybody.

Now what if those who didn’t agree with your views decided to boycott your businesses, venues, and productions?  I would like to go see “Finding Dory” from Disney Pixar, but I don’t think I’ll fall over and die if I miss it.  Besides, what if what Dory is trying to find is her sexual identity and isn’t just lost?  Yes, I know it sounds silly, but it’s easy to blow something up into something it doesn’t need to be, and who says something like that won’t happen?  It’s also not uncommon for children’s movies to have a political agenda or be suggestive in various ways.

Something that I believe the Christian community doesn’t do enough of is stand together.  We don’t always agree on things, but such is life, and we do have a lot of beliefs that do coincide with one another.  What if we start standing up to the bullies and show them that we want to be heard and considered as well?  I can just imagine the billions Hollywood could potentially lose if we were to move together and bring our country back to its Judeo-Christian heritage.

As humans I believe it is our duty to love one another and coexist as peacefully as possible.  There will always be divisions and those who try to derail common sense.  We still need to love them, but that doesn’t mean we shouldn’t retaliate in a civil manner.  The Christian community also needs to be making headlines in the political process and showing not just America, but the entire world, that our beliefs are who we are and where we will always stand.  If we refuse to unite together, then we will never understand what it means to be the body of Christ.  Thank you for reading and God bless.

How do you feel about laws that provide people of faith protection from having to violate their beliefs?  What are you thoughts on whether or not putting restrictions on bathroom use by the LGBT community is discriminating against them?

Joel M. Bauer is a 45-year-old U.S. Army Veteran from Dunn, NC, which is just outside of Raleigh. After being honorably discharged from the U.S. Army, he attended school at Taylor University, a Christian liberal arts school, in Fort Wayne, IN, where he received his BS in social work and psychology. He has worked in such places as a homeless shelter, a community based treatment center for severe mental illnesses, a school for troubled students, and other social service agencies. His current endeavor is to build The Bottom Line website into a site that inspires both Christians and non-Christians alike, and brings glory to God.
Previous Prolonged Physical Life, Or Living Life With Purpose
Next Sin Weaves a Web of Destruction