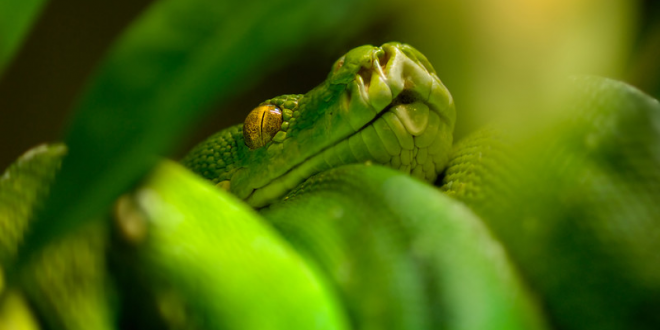 I think it’s fair to say that most of us have had ancestors that faced adversity to get us where we are today. Yes, much has been unfortunate, and many have even suffered tremendously so others could be free. But what is freedom? I would argue that it’s a state of the heart, mind, and soul.

Acts 16:25-28 And at midnight Paul and Silas prayed, and sang praises unto God: and the prisoners heard them. And suddenly there was a great earthquake, so that the foundations of the prison were shaken: and immediately all the doors were opened, and every one’s bands were loosed. And the keeper of the prison awaking out of his sleep, and seeing the prison doors open, he drew out his sword, and would have killed himself, supposing that the prisoners had been fled. But Paul cried with a loud voice, saying, Do thyself no harm: for we are all here.

When Paul and Silas were in prison, they were still free men. Even when they could run they knew there was something more important at stake and they stayed in place. You see, our freedom comes through Jesus Christ. He is the only one who can truly set us free.

John 8:36 If the Son therefore shall make you free, ye shall be free indeed.

So if Jesus is the source of our freedom, shouldn’t we be looking to Him to free us? It seems as though when we left with our own devices we only end up making things worse.

The Rise of Racial Tension

The thought of things like racism, slavery,injustice, extremism, and the like are enough to raise the hairs on the back of our neck. Everybody wants to be looked at fairly and treated with respect. We want to feel like we matter, and that others to believe as we do. This isn’t unreasonable. In fact, it’s not only reasonable, but it’s ideal. If we can work together as a unified people, there’s no telling what we can achieve. Unfortunately, this is difficult because first we must have agreement from everybody. If not, there are going to be people who are ready to throw a monkey wrench into the well-oiled machine we hope to create.

Allow me to speak for myself on this for a moment. I’m not a “racist”, but recently I’ve felt like one. It has become easy to experience anger when I hear about being “privileged” or that I “owe a debt.” Yes, this upsets me because it’s not my nature to be racist and when something is demanded of me for something that goes against my nature, I feel like I’m being cheated. I have my own feeling of “injustice.” Why should something be demanded of me for something I am not? This creates a dilemma, so what seems logical would be to target the “source” of this. Yes, I should target the black…

I think many of us agree. There is tension, anger, and a feeling that we need to fight back, but we’re picking the wrong opponents. We mostly agree, yet somehow we’re birthing division, discord, anger, hate, and tension. But if we agree, why aren’t we establishing something positive? Why doesn’t it seem fruitful? It’s because we’re being played and pitted against one another by the true culprit.

1 Peter 5:8 Be sober, be vigilant; because your adversary the devil, as a roaring lion, walketh about, seeking whom he may devour:

There it is. A cunning villainous monster who would have us at each other’s throats while he sits back and pretends like he’s not even there. A perfect plan if nobody realizes it. Divide and conquer.

The battle plan is simple, but following it may not be as easy. It requires willful compliance on our part.

We need to give it all to God, while we resist. He is our Champion, Commander, and Deliverer. We need to act as soldiers in His Army and follow His commands. This is how we win. We follow His Rule Book. Why? Because our adversary is bound by it too.

If we do not follow the Rule Book, then how can be get the results it promises? We can’t. What we get will be a different product that we create with our limited knowledge of a complex situation with everybody moving in different directions. With God’s Word, there is one direction and it leads to victory.

Sometimes it’s easier to be angry than it is to forgive, but it never feels as good afterwards. Let’s stop fighting with one another. Let’s work together under God. One nation under God! How good would that feel? Jesus Christ paid the price for our sins. It doesn’t matter if it was slavery, racism, oppression, injustice or anything else. His blood is sufficient. It’s time for us to choose wisely. Thank you for reading and God bless.

Joel M. Bauer is a 45-year-old U.S. Army Veteran from Dunn, NC, which is just outside of Raleigh. After being honorably discharged from the U.S. Army, he attended school at Taylor University, a Christian liberal arts school, in Fort Wayne, IN, where he received his BS in social work and psychology. He has worked in such places as a homeless shelter, a community based treatment center for severe mental illnesses, a school for troubled students, and other social service agencies. His current endeavor is to build The Bottom Line website into a site that inspires both Christians and non-Christians alike, and brings glory to God.
Previous A Racist’s Testimony to God’s Transforming Power
Next Trust the Potter