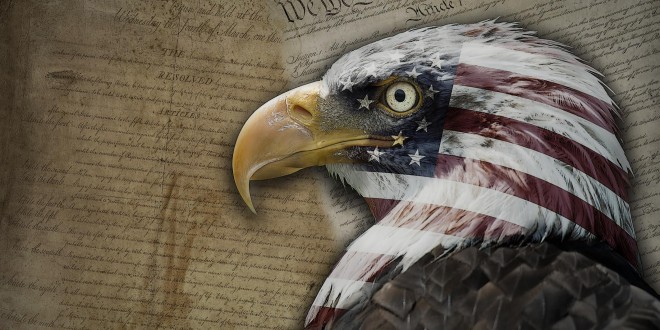 It’s likely that you have heard, on more than one occasion, the warning about the risk of identity theft. Some companies provide software to protect you if you fall victim to this crime. Some of the services they provide are credit monitoring and suspicious activity alerts, or reimbursement and assistance re-establishing your credit if you do fall victim to a “hacker.”

Sometimes it seems that the citizens of America have allowed our nation to be “hacked.” Our Constitution defines the United States of America. It is our identity as a nation. We are told ad nauseum that America is “not a Christian” nation, yet our Founding Fathers followed distinctly Christian principles when drafting the Constitution. Their goal was to conserve the oldest and highest law, the “laws of nature and of nature’s God.”

If we are not to be identified as a “Judeo-Christian” nation, then what are we? Are we a secular, be-anything, believe-anything, do-anything nation devoid of any guiding principles at all? There doesn’t seem to be any evidence that is what the authors of the Declaration of Independence and the Framers of the Constitution intended.

Upon reading the profiles of the Framers, as written by William Pierce recorded in Farrand’s Records, you find vastly different personalities, professions, and talents. They came from varying “stations” in life. You will find a particularly distinct recurring description of “gentleman.”

They united under one common goal–liberty. Today, however, we lack a common goal (and gentlemen for that matter.) These men were passionate about individual liberty for the purpose of the common good. They sought to resolve their differences before they chose to declare independence from the Royal Crown. They felt they had exhausted their options.

Many Americans are concerned about their future and their children’s future. They feel that their government is not listening to them and they are staging their own “revolution.” Government establishment and pundits are befuddled by the rise of “the outsider.” Mr. Trump has recently made some controversial statements regarding immigration. He has been described as “not fit to be president” because of both his words and his demeanor. Yet his message has resonated with many.

Christians and non-Christians alike have reprimanded those who speak out against radical Islam. They beat the drum of “religious liberty”–as Christians watch as theirs slowly slips away. It’s time to stop being naive about radical Islamic teaching and it’s threat to our country. Mr. Trump has voiced these concerns though he may have done so in an un-gentlemanly manner.

For Christians, the “common good” is to share the love of Jesus. For the government the “common good” is to preserve and protect our nation, our citizens and our sovereignty. If our country no longer wants to acknowledge our Judeo-Christian heritage we cannot preserve the common good of our nation. When we don’t expect immigrants to assimilate to our society, our language and our laws, we are allowing our nation to be hacked. When we tolerate ideologies that are at odds with our principles, it is a distortion of religious liberty.

Proverbs 17:26 “It is wrong to punish the godly for being good or to flog leaders for being honest.”

It is impossible to reconcile caliphate-seeking radical Islamists with our right to religious freedom. This ideology is openly hostile to the principles on which this nation is founded. Radical Islamists persecute moderate Islamists. Whether one is a radical or moderate, peaceful Muslim is a distinct difference. But does it make a difference to our national security if the peaceful Muslim community cannot speak out for fear of persecution?

If we have become so concerned with political correctness that we cannot, “say something when we see something,” that doesn’t seem quite right; we will continue to see incidents like San Bernadino. Then before long, we may see a revolution of the un-churched, un-loving, un-gentlemanly politically incorrect citizens fed up with their government securing this nation.

It’s time to decide if we want to re-establish our national identity. Will we be guided by the good and godly principles the Founding Fathers intended? Are we willing to choose leaders of good character who will uphold and cherish the Constitution and the liberties it guarantees?

Proverbs 11:14“Without wise leadership, a nation falls; there is safety in having many advisers.”

If someone asked you to define the United States of America, how would you do it?

Melinda is currently the worship leader at her small church in rural America. Married for 23 years, she and her husband Larry have one son. She is the Director of Mailing in the print/mailing industry by day and freelance author by night. Her desire to write is a passion borne from tragedy. God used it to take her faith to a much deeper level. Melinda is a freelance writer and member of FaithWriters. She joined the TBL team in March 2014. Believing we are citizens of a greater ‘kingdom,’ her articles for The Bottom Line examine governmental responsibility, citizen involvement and current political topics. With the great wisdom contained in scripture as her guide, she looks at today’s political environment from a Biblical perspective. She prays her words will prompt the reader to view citizenship - and every aspect of their life, through the eyes of faith. Col 3:17 To read more of Melinda’s writings on her faith, hope, and life visit her blog Still Living Still Loving or her page at Faithwriters.com. You can also follow her on Twitter @MKZbk.
@@MKBzk
Previous Happy Christmas or Merry Holidays
Next Evidence of God’s Faithfulness in Hanukkah