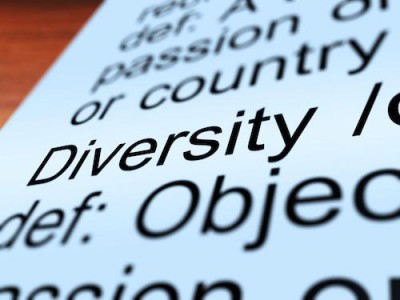 Profiles on the Enemies of God: Multiculturalism

I live in Canada which has been officially multicultural for a few decades now and it is horrible. We have no national identity, no values other than the hollow anti-virtues promoted by political correctness and no official culture.

All cultures: Scottish, Chinese, English, Rwandan and on and on it goes, are promoted to the point where there is no discernible culture at all. And all of it is forced upon us with the power of law backing it.

What we have as a result is an empty and meaningless culture dominated by American pop-culture, state sponsored arts and entertainment mixed with an excessive amount of ethnic food. Canada is essentially what you would get if America and the Soviet Union had a child then raised it on state enforced cultural and moral relativism.

Multiculturalism is a product of humanism, which is in essence the worship of humanity, it promotes relative thinking in culture and morality.

We are a godless nation in ways only a humanism dominated nation can be. The state is expected to do everything for us, we are conditioned to treat the state as God. The theologian, R.J. Rushdoony, put it this way:

“Humanism believes in salvation by works of law. By vast appropriations of money, and dedicated labor, [it] is trying to save all nations and races, all men from all problems, in the hopes of creating paradise on earth. [It] is trying to bring peace on earth and goodwill among men by acts of state and works of law, not by Jesus Christ.”

Consider society as a food item, the more ingredients that are added the more the taste of the main ingredient is drowned out until eventually there are so many ingredients that it becomes inedible because it tastes so bad. That is what multiculturalism does to a society. It drowns out the original host culture until nothing is recognizable.

Multiculturalism is the state assuming the place of Jesus Christ and saying, “There is neither European nor Asian, neither male or female, religious or atheist, but all are one in the state.” It is a sick parody of Galatians 3:28.

Canada, like America was founded as a Christian nation, but unlike America, Canada’s Christians have no real influence, our Christian heritage has been drowned out in an environment of cultural relativism.

You see in a multicultural society, no one culture is better or worse than any other. Well we know this is simply not true, we know that any culture dominated by and with Jesus Christ at the center of it is superior to all others.  Jesus Christ is Lord of lords and King of kings and He should be treated as such and have the dominate role in our lives and in our society.

I don’t really like the Bible translation The Message, but in this case they got straight to the heart of the matter:

“The world is unprincipled. It’s dog-eat-dog out there! The world doesn’t fight fair. But we don’t live or fight our battles that way—never have and never will. The tools of our trade aren’t for marketing or manipulation, but they are for demolishing that entire massively corrupt culture. We use our powerful God-tools for smashing warped philosophies, tearing down barriers erected against the truth of God, fitting every loose thought and emotion and impulse into the structure of life shaped by Christ. Our tools are ready at hand for clearing the ground of every obstruction and building lives of obedience into maturity.” 2 Corinthians 10:3-6

In a culturally relative society we are not allowed to do this, we are told to keep our faith private and not to let it become part of politics or a dominate part of the culture, that is why multiculturalism is the enemy of God, all the cultures of the world are competitors for people’s attention, but only Jesus Christ is worthy of our devotion. Not the state, not race, not traditions, not art, not entertainment, only Jesus Christ. Jesus Christ alone is worthy of devotion, which is something our society has forgotten.

What are your thoughts on multiculturalism? Do you think it has any benefits? If so, what are they?

Jonathan Kotyk is a student, self taught philosopher, recovering addict and born again Christian. He has spent time on both the far Left and Far Right side of the political spectrum and lives in Canada.
Previous The Blessings Of Waiting On God’s Best
Next Top 4 Ways to Bring Out the “Jolly” This Christmas