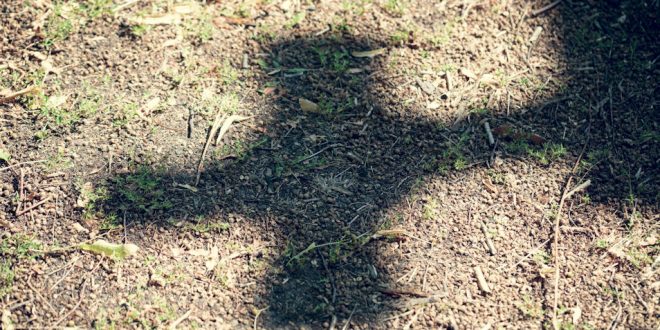 After these things God tested Abraham and said to him, “Abraham!” And he said, “Here I am.” He said, “Take your son, your only son Isaac, whom you love, and go to the land of Moriah, and offer him there as a burnt offering on one of the mountains of which I shall tell you.”- Genesis 22:1-2

Those are considered by many to be the most disturbing verses in all of scripture. The story of Abraham sacrificing Isaac has shocked and horrified people for millennia, it has left people confused as to what kind of God would order such a thing. Opponents of the faith often point out these verses as they attack the moral attributes of God and will often question whether believers would obey as Abraham did. They call it divinely ordained child abuse.

Was it really child abuse? The ancient Jewish historian Josephus said Isaac was 25 years old (Antiquities of the Jews, Book 1, Chapter 13), and the oral tradition of the Rabbis place him at being even older at 37 years of age. Josephus, in his writings on this historical event, has a dialog between Abraham and Isaac, where they both mutually agree to go through with the sacrifice. It was not child abuse, it was a mutually agreed upon act of faith. Abraham knew in his heart that God would remain true to His promise, that He would make Abraham exceedingly fruitful and turn his children into nations and that kings would come from him (Genesis 17:6). Likewise, Isaac trusted God to keep His word as well, they both trusted so much they believed God could and would raise Isaac from the dead

Hebrews 11:17-19 By faith Abraham, when he was tested, offered up Isaac, and he who had received the promises was in the act of offering up his only son, of whom it was said, “Through Isaac shall your offspring be named.” He considered that God was able even to raise him from the dead, from which, figuratively speaking, he did receive him back.

The story of Abraham sacrificing Isaac is a shadowing of God the Father offering up His Son, Jesus Christ, as a sacrifice for the sins of the world. As was established in Genesis 8, a burnt offering is a propitiation, a means of turning the anger of God at our sin away from people and onto the sacrificial animal, this is formalized in Leviticus 1.

Genesis 8: 20-21 Then Noah built an altar to the Lord and took some of every clean animal and some of every clean bird and offered burnt offerings on the altar. And when the Lord smelled the pleasing aroma, the Lord said in his heart, “I will never again curse the ground because of man, for the intention of man’s heart is evil from his youth. Neither will I ever again strike down every living creature as I have done.

Leviticus 1:3-4 “If his offering is a burnt offering from the herd, he shall offer a male without blemish. He shall bring it to the entrance of the tent of meeting, that he may be accepted before the Lord. He shall lay his hand on the head of the burnt offering, and it shall be accepted for him to make atonement for him.

God went on to stop Abraham from carrying out the sacrifice and thousands of years later would send the Lamb that would take away the sins of the world-Jesus Christ.

John 1:29 The next day he [John the Baptist] saw Jesus coming toward him, and said, “Behold, the Lamb of God, who takes away the sin of the world!

What was shadowed in the account of Abraham and Isaac, as well as the sacrificial laws was fulfilled in what Christ achieved on the cross and is called in theological jargon, penal substitutionary atonement.

Penal substitutionary atonement is the Biblical doctrine that Christ died on the cross as a substitute for sinners, that our sin was imputed to Him, so that God could satisfy both His love for us as well as His justice that needs to see sin punished. Christ took on our behalf our rightful punishment, and when we come to Him in faith, we are imputed His righteousness, so that God no longer sees a sinner, but the righteousness of Jesus Christ.

2 Corinthians 5:21 For our sake he made him to be sin who knew no sin, so that in him we might become the righteousness of God.

Isaiah 53:5 But he was pierced for our transgressions;
he was crushed for our iniquities;
upon him was the chastisement that brought us peace,
and with his wounds we are healed.

But why can’t God just forgive? Why the need for a sacrifice? Well, God is love, of that we have no doubt, but He is also just, and God cannot go against His nature. If He were to forgive without a punishment for sins, He would be violating His own nature. So, being both loving and wanting to forgive and being just and wanting to punish, how does God reconcile these opposing desires? Through a substitutionary sacrifice.

Because the punishment for sin is death, and God does not want us to die, but to live, He in His mercy allowed for a substitution to take the place for us, and Jesus is that sacrifice. Jesus took our rightful punishment, He on the cross was being treated as if He himself had committed all of our sins.

Jesus bore our sins and died for us, but He also rose from the grave, which is evidence that God accepted His sacrifice on our behalf.

How has being forgiven by God changed your life? How do you offer God thanksgiving for saving you?

Abraham and Isaac Antiquities of the Jews disturbing stories in the Bible Jesus paying our penalty Josephus Penal substitutionary atonement sacrifices in the Old Testament the sacrifice of Isaac why can't God just forgive? 2018-01-23
Jonathan Kotyk

Tags Abraham and Isaac Antiquities of the Jews disturbing stories in the Bible Jesus paying our penalty Josephus Penal substitutionary atonement sacrifices in the Old Testament the sacrifice of Isaac why can't God just forgive?

Jonathan Kotyk is a student, self taught philosopher, recovering addict and born again Christian. He has spent time on both the far Left and Far Right side of the political spectrum and lives in Canada.
Previous A Lesson from the Great Pandemic
Next The Person and Purpose of the Holy Spirit 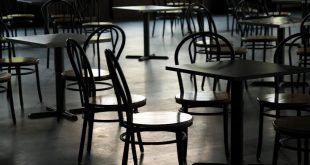 Cafeteria Christianity is becoming more popular these days and as I’ve learned in my faith ...