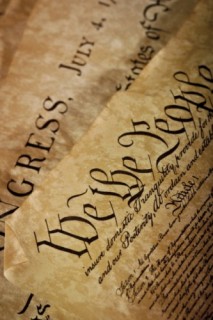 Yesterday was the thirteenth anniversary of that horrific day in our nation’s history. A day when the whole world watched, in real-time, as terrorists attacked our citizens on American soil. Many years prior was the attack on Pearl Harbor yet even most of those from the greatest generation who lived through it, still did not sit glued to their televisions watching the horror unfold before their eyes.

Their world was different. The news reports were heard on the radio. The images (though none less horrific) were protected by the limits of their own imagination. They did not see the men jumping from exploding ships in the shipyard to escape death. We could watch as fellow citizens jumped from the skyscraper – deciding to choose how their life would end rather than let fate decide.

Not only did we watch the horrors as they were happening, news organizations re-ran the footage around the clock. For days after the towers had fallen, we watched them fall again…and again. We saw the buildings collapse into a pile of rubble and stunned faces as they attempted to absorb the reality of what had taken place. Our hearts ached with the family members who searched for husbands, wives, children, moms, dads, siblings and friends. They posted pictures holding onto the hope that someone had seen them and that they are alive and well. The sorrow, outrage, and disbelief were fresh in our minds.

In some ways, some were forever changed that day. We were united against a common threat to our nation.

Then, as time passed, the images began to fade and we gradually drifted back into the complacency of 9/10/2001.

Too numerous to count, are the causes, coalitions, and advocacy groups that we have today. There is nothing inherently wrong with having a cause to rally behind. We all have our passions and our reasons for them. Some of the causes have changed things for the better. Some changes, however, worsen problems and have created new ones. Many of the ‘causes’ are deepening the divisions that are already present. The cause of freedom is the cause for which we should stay united.

Mark 3:22-26 22 But the teachers of religious law who had arrived from Jerusalem said, “He’s possessed by Satan, the prince of demons. That’s where he gets the power to cast out demons.” 23 Jesus called them over and responded with an illustration. “How can Satan cast out Satan?” he asked. 24 “A kingdom divided by civil war will collapse. 25 Similarly, a family splintered by feuding will fall apart. 26 And if Satan is divided and fights against himself, how can he stand? He would never survive. (VOICE)

It should not be the reason for our demise.

Melinda is currently the worship leader at her small church in rural America. Married for 23 years, she and her husband Larry have one son. She is the Director of Mailing in the print/mailing industry by day and freelance author by night. Her desire to write is a passion borne from tragedy. God used it to take her faith to a much deeper level. Melinda is a freelance writer and member of FaithWriters. She joined the TBL team in March 2014. Believing we are citizens of a greater ‘kingdom,’ her articles for The Bottom Line examine governmental responsibility, citizen involvement and current political topics. With the great wisdom contained in scripture as her guide, she looks at today’s political environment from a Biblical perspective. She prays her words will prompt the reader to view citizenship - and every aspect of their life, through the eyes of faith. Col 3:17 To read more of Melinda’s writings on her faith, hope, and life visit her blog Still Living Still Loving or her page at Faithwriters.com. You can also follow her on Twitter @MKZbk.
@@MKBzk
Previous The Message Remains The Same
Next I Could, But I Won’t