Breaking News
Home / Politics / The Character and the Future of America 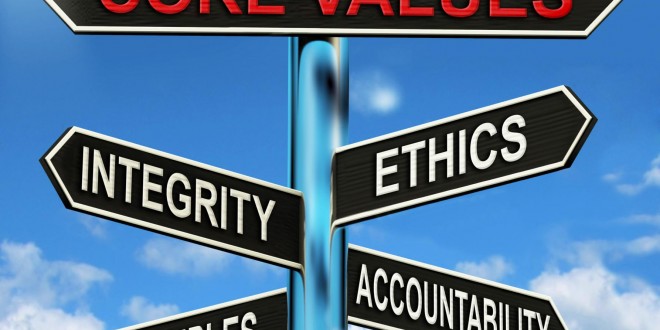 The Character and the Future of America

These United States are in the beginning stages of choosing their next president. Who we elect will reveal the character of our nation.

You may have watched the second debate, or perhaps you have heard sound bites from the abundance of candidates who took their place on the stage. All candidates possess their own style and personality. Though somewhat like-minded in their hopes for America, they each have their own passions and plans. They stood there for three hours, answering questions and fighting for as much air-time as they could get, each one trying to look “presidential.” But what does it mean to be “presidential?” To some, it may only mean their candidate is electable.

Becoming the President of the Unites States should require more than electability. It is a position that requires someone of honorable character. A strong leader who can and will convey to world that we are still a great nation. Our president protects our nation from all its enemies both foreign and domestic. The job of our president is not to provide for our daily needs or dictate the details of how we live our life. We are free to determine our own destiny–to “pursue happiness.”

We are not a socialist nation. The founders of this nation formed a freedom-loving nation where opportunity exists for those who seek it. They believed in the potential of man, yet were fully aware of the evils that lurk in our hearts. Our three branches of government have served us well for many years. It will serve us well for many more if we do not destroy it. It will soon crumble beneath the weight of our own “individual liberties” if we don’t elect leaders who honor their oath to protect and defend our nation and The Constitution of the United States of America. That requires pride in what we stand for, pride in our strength and character, and humility in recognition of the abundant blessings of freedom and opportunity.

There are those who would like to see our nation transformed. They think that our liberty guarantees our “right” to do whatever we want. We have lost sight of our collective purpose–freedom. Freedom to succeed as well as the freedom to fail. We are becoming a nation of “all rights and no responsibilities.” That is not liberty.

In 2001, we were awakened from our peaceful slumber to the reality that there are those in the world who hate freedom and everything America stands for. They took action to destroy us, but we were the “United States” once again. Our enemy did not give up. Instead, he waited. He felt confident, knowing the story would fall from the front page and the outrage would subside. He waited, believing our nation would turn on itself before long. He knew it was just a matter of time before we began blaming our history, our heritage, our freedom and our blessings, instead of those who spread evil and seek to destroy who defies them.

The world once looked to the U.S. They looked to us as leaders in the defense of freedom. Now, we’ve been told that it is arrogant to be proud of such an honor. Instead, we now look to the naive who believe such nonsense for leadership, when they are uninterested in, and incapable of leading. If we are not proud to stand for freedom and righteousness, we will fail as a nation. We cannot deny evil in the world–in all its many forms.

Our next president must uphold our laws. Stand with our military and law enforcement. Defend our borders. Protect the lives our citizens.

We must elect public servants and judges who are ready to lead by righteous example, in wisdom, strength, and truth.

2Chronicles 7:14 “If my people who are called by my name humble themselves, and pray and seek my face and turn from their wicked ways, then I will hear from heaven and will forgive their sin and heal their land. (ESV)

Protecting life and freedom is the character of the United States of America.

What do you believe is the character of America?

Melinda is currently the worship leader at her small church in rural America. Married for 23 years, she and her husband Larry have one son. She is the Director of Mailing in the print/mailing industry by day and freelance author by night. Her desire to write is a passion borne from tragedy. God used it to take her faith to a much deeper level. Melinda is a freelance writer and member of FaithWriters. She joined the TBL team in March 2014. Believing we are citizens of a greater ‘kingdom,’ her articles for The Bottom Line examine governmental responsibility, citizen involvement and current political topics. With the great wisdom contained in scripture as her guide, she looks at today’s political environment from a Biblical perspective. She prays her words will prompt the reader to view citizenship - and every aspect of their life, through the eyes of faith. Col 3:17 To read more of Melinda’s writings on her faith, hope, and life visit her blog Still Living Still Loving or her page at Faithwriters.com. You can also follow her on Twitter @MKZbk.
@@MKBzk
Previous Which Law Did Kim Davis Break?
Next Save Your Health, Worry on Wednesday