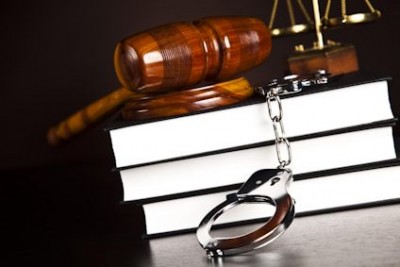 Which Law Did Kim Davis Break?

Americans are divided on the Kim Davis story. There are many factors at play here. Some people view her as a hero, while others see her as being disobedient to the “law of the land.” She faced giving up her job or going to jail. She chose the latter. How many people in America would be willing to be locked behind bars for their beliefs? Critics have said that she should just resign and get another job. Anyone who has been without a job knows it isn’t that easy to just go out and find different work. Time will tell what will happen to this very brave and resolute woman. It can also set a precedent for other similar cases.

It is what NOT came out in the news that has just as much importance. Some things seemed to be entirely overlooked – intentionally? It has been reported that the judge in this case has a history of making rulings in favor of the pro-gay agenda. However, the governor of Kentucky has been accused of not taking action by not calling a special session of the legislature for the purpose of passing a religious exemption bill as was done in Florida.

Aside from the “God’s law versus man’s law” issue, there are two laws on both the state and federal level that have not been given due coverage. Do they pertain to this case? In 1996 the Defense of Marriage Act (DOMA) was overwhelmingly passed by Congress in support of traditional marriage, and signed by President Clinton. It was truly a law passed by the representatives of the people. Bryan Fisher of the American Family Association said, “A law is something enacted by the elected representatives of the people or by the people themselves, whether at the state or local level. Under our constitution, courts have no power to make or change law, none whatsoever.” He claims that DOMA gave power to the states.

What about the State of Kentucky? Seventy-five percent of the people in that state passed an amendment to their constitution in 2004 that reads “Only a marriage between one man and one woman shall be valid or recognized as a marriage in Kentucky…”According to this, Kim Davis would violate state law if she signed licenses for gay couples.

The question then, is what overrules what? Does a Supreme Court ruling (if that is all it was – a ruling) passed by only 5 people, nullify a law passed by an overwhelming majority of people in a state? That sounds unjust, to me. Franklin Graham said, “Just because something is made into law doesn’t make it right.”

Kim Davis was obedient to both Kentucky state law and to DOMA, both passed by the will of the people. Are these two laws absolutely meaningless? Is one to say that the Supreme Court decision overrules both of them? If it does, this nation is in serious trouble. It is no longer a democracy nor a republic! “I pledge allegiance to the flag and to the ? for which it stands…” The Supreme Court is not the law of the people. Kim Davis followed the teaching of Romans 14:22.  “The faith which you have, have as your own conviction before God. Happy is he who does not condemn himself in what he approves.” Her convictions happened to be the same as what these two laws advocate.

In looking back on this case, what do you consider the factors involved? Should the state and federal laws already passed by the people have more jurisdiction?

John Livingston Clark is 67 years of age and lives in central Washington State. He has written two published books, and two published poems. His initial book is called, " God's Healing Hope: Breaking the Strongholds of Wrong Thinking." His second book, released in December of 2016, is a motivational book written to seniors titled, " Seniors: Are You Retiring or Recharging?" Both books are available on amazon. You can also view his writings on www.faithwriters.com. John is available to speak on a variety of topics. Visit me at jclarkministries.com
Previous It Takes a Village: Be One Who Cares and Listens to A Youth
Next The Character and the Future of America