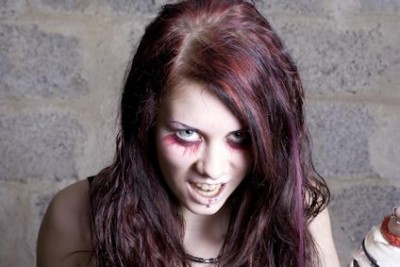 The Dramatic Rise of Satanism in America

A little before midnight on July 25, 2015, 700 people gathered in Detroit, Michigan. It was billed as the largest public satanic ceremony in the history of America. Along with the throng of people was a winged, horned idol with a human body and goats head. A local pastor said, “The last thing we need in Detroit is having a welcome home party for evil.” However, it appears that welcoming evil spirits is exactly what is happening all across America.

In August an image was designed on the Empire State Building in New York City, of the Hindu goddess, Kali, which according to one webpage, “is no different than Satan.” Journalist Theodore Shoebat stated that “it was done to convince people to worship and revere Mother Nature, which is really just a deceptive way of getting people to worship the devil.” Kali is a demon who advocates mass murder. What a shame to have something like this for all to see!

On Saturday, September 12, in Washington D.C., Madonna opened her Rebel Heart Tour with the theme, “Desecration of the Bride and Arrival of Fallen Angels.” The Bible refers to the Church Universal as the “bride of Christ” and teaches that fallen angels are  demons. Satan is himself a fallen angel. Is this an official welcome for satanic hosts? In doing further research on this I came across the Social Economics History Blog. I do not know how credible the information is I am about to share with you. I am not saying it is true; I am simply passing along to you what this blog said: “An imminent attack on the Church of God is about to be launched…The message is clear. The satanic cobal is about to launch their end times strong delusion to attack the Church of God and all humanity.” It went on to say that September 23, a date that a lot of people have been talking about, will see “the arrival of the fallen angels cast down to earth by God,” in fulfillment of Revelation 12!

Public satanic celebrations and the raising of evil images on tall buildings is very dangerous for America. Isaiah 10:1 says “Woe to those who enact evil statutes.” They have “exchanged the truth of God for a lie, and worshipped and served the creature rather than the Creator…”(Romans 1:25).

A recent headline read, “Nearly 60 percent of all American Christians do not believe the devil is real.” Many teens, however, do believe in a real devil. There was a huge rise in using Ouija Boards after the movie, “Ouija” came out last year. Then a new satanic craze  “game” began with “Charlie, Charlie” soon after that. Isaiah 8:19 asks the question: “And when they say to you, ‘Consult the mediums and the spiritists who whisper and mutter,’ should not a people consult their God? Should they consult the dead on behalf of the living?”

So, is Satan real? However one believes, satanic worship has unfortunately become a big deal in American culture. This is one less reason for God to bless this nation. It is all leading up to the Tribulation Period. Revelation 9:20 says that during this time people will “worship demons, and the idols of gold and silver and of brass and of stone and of wood…and they did not repent…of their sorceries…” People will also worship images of the anti-Christ. Ask Bill Wiese if Satan and hell are real. Bill is not a wierdo spaced out on drugs. He is a successful real estate agent in southern California, whom God supernaturally transported to a literal hell on November 23, 1998, and brought him back so he could relate his experience in a book entitled, “23 Minutes in Hell.” He vividly describes demons and the tormented souls of the deceased who refused to acknowledge God while on earth!

There is a positive element to all of this. God is greater than Satan. God will deal with the devil in the final days written about in Revelation. Satan was already defeated when Jesus died on the cross. The devil is trying to win as many battles as possible even though he has already lost the spiritual war. Who are you allowing to win your battles, God or Satan?

John Livingston Clark is 67 years of age and lives in central Washington State. He has written two published books, and two published poems. His initial book is called, " God's Healing Hope: Breaking the Strongholds of Wrong Thinking." His second book, released in December of 2016, is a motivational book written to seniors titled, " Seniors: Are You Retiring or Recharging?" Both books are available on amazon. You can also view his writings on www.faithwriters.com. John is available to speak on a variety of topics. Visit me at jclarkministries.com
Previous The Beauty of Imperfection
Next Salvage Your Financial Situation – Give God A Tithe