Breaking News
Home / Politics / The Third GOP Debate: Did You Tune In? 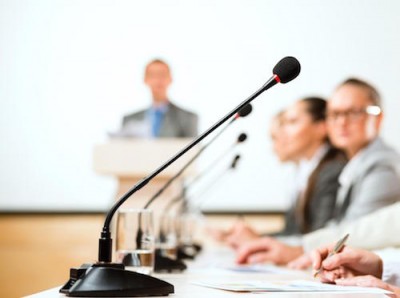 The Third GOP Debate: Did You Tune In?

Romans 16:17  “I appeal to you, brothers, to watch out for those who cause divisions and create obstacles contrary to the doctrine that you have been taught; avoid them.” (ESV)

It is enlightening. The media in this country, the establishment politicians, and special interests are not particularly interested in a substantive debate. (Just as Senator Cruze pointed out.) He sacrificed his allotted time to answer a question to call them out on the ridiculousness of their questions when America is facing critical issues–that is, if we hope to maintain our liberty, our strength, and our sovereignty. Governor Christy called them out on bringing up Fantasy Football as well. He asked, “Who cares?”

Who cares indeed. Fantasy Football is creating a lot of wealth for many people. Our government is robbing the American people of their wealth. Government and government programs may employ people. Their salaries are funded by the people who work in the private sector.  The government does not create wealth they take it from those who do. They then proceed to mismanage the wealth that they have taken.

1 Samuel 8:10-17  “So Samuel told them, delivered God’s warning to the people who were asking him to give them a king. He said, ‘This is the way the kind of king you’re talking about operates. He’ll take your sons and make soldiers of them—chariotry, cavalry, infantry, regimented in battalions and squadrons. He’ll put some to forced labor on his farms, plowing and harvesting, and others to making either weapons of war or chariots in which he can ride in luxury. He’ll put your daughters to work as beauticians and waitresses and cooks. He’ll conscript your best fields, vineyards, and orchards and hand them over to his special friends. He’ll tax your harvests and vintage to support his extensive bureaucracy. Your prize workers and best animals he’ll take for his own use. He’ll lay a tax on your flocks and you’ll end up no better than slaves. The day will come when you will cry in desperation because of this king you so much want for yourselves. But don’t expect God to answer.’ ” (MSG)

I am not endorsing and will not endorsement any particular candidate–or political party for that matter. I do endorse freedom and liberty and the principles on which our nation was founded.

The candidates on the stage last night offered differing policy ideas and leadership styles. Perhaps there is not just one “right way” to accomplish something in Washington. Some ideas may be bad. Some may be good. Sometimes compromise is necessary. Sometimes standing firm is the answer.

Unlike choosing our next president, however, there is but One Way to salvation, and that is through the blood of Jesus Christ.

John 14:6 “Jesus answered, ‘I am the way and the truth and the life. No one comes to the Father except through me.’ “

What are your thoughts following the Republican debate?–about the candidates? about the media?

**Neither the mention nor the omission of any candidate indicates opposition to, nor endorsement of, any candidate by this author or by TheBottomLine.

Melinda is currently the worship leader at her small church in rural America. Married for 23 years, she and her husband Larry have one son. She is the Director of Mailing in the print/mailing industry by day and freelance author by night. Her desire to write is a passion borne from tragedy. God used it to take her faith to a much deeper level. Melinda is a freelance writer and member of FaithWriters. She joined the TBL team in March 2014. Believing we are citizens of a greater ‘kingdom,’ her articles for The Bottom Line examine governmental responsibility, citizen involvement and current political topics. With the great wisdom contained in scripture as her guide, she looks at today’s political environment from a Biblical perspective. She prays her words will prompt the reader to view citizenship - and every aspect of their life, through the eyes of faith. Col 3:17 To read more of Melinda’s writings on her faith, hope, and life visit her blog Still Living Still Loving or her page at Faithwriters.com. You can also follow her on Twitter @MKZbk.
@@MKBzk
Previous Are You Trying to Live On Yesterday’s Manna
Next Life Is Short, Who Are You Impacting?