Breaking News
Home / Politics / Will America’s Blessing Be Upon Israel? 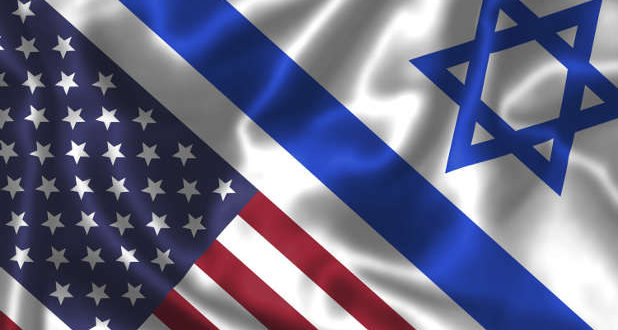 In 1991 a powerful hurricane developed in the North Atlantic Ocean. It was named the “Perfect Storm” about which a movie was made. The storm made a direct hit with 30-foot waves on the home of President Bush in Kennebunkport, Maine, on October 30.

Meanwhile, President Bush was at the Madrid Peace Conference, initiating a peace plan involving Israel, the Palestinians, and other surrounding nations. It later led to an agreement of Israel surrendering land to Palestine.

Then, Hurricane Andrew struck Florida on August 24, 1992. Next came a 6.8 earthquake on January 16, 1994, centered only twenty-five miles from downtown Los Angeles, California. It was powerful enough to move a mountain range one foot and lift buildings off their foundations.

Author John P. McTernan in his book, “As America Has Done To Israel,” states that “These events fell on the very days that the United States was involved in pressuring Israel to divide its land. The parallels…continue to this day.” Is this all coincidence? McTernan presents a well substantiated case that these storms and other disasters are not!

God promised land to the Jewish people as stated in Genesis 12:1-2. “Now the Lord said to Abram, ‘Go forth from your country, and from your relatives, and from your father’s house, to the land which I will show you. And I will make you a great nation, and I will bless you, and make your name great, and so you shall be a blessing.’” The boundaries are specifically given in Exodus 23:31.

No matter how one views the Middle East conflicts, God is clearly on the side of Israel. Genesis 12:3 says that those who bless Israel will be blessed, and those who curse Israel will be cursed! America is once again at a crossroad. Will it choose to bless Israel or snub her? This does not mean that one needs to agree with all that Israel does, even when it acts in self-defense.

There are four reasons why we should bless Israel: God gave the land to the Jews. They have been persecuted down through history for unjustifiable reasons. Israel is God’s prophetic time clock. Israel has been a blessing to the entire world through medical breakthroughs and technology.

There are three ways to show support for Israel and the Jewish people. We can pray for them and give financially. Another way to lend political support is to become involved in “Christians United For Israel.”

What America does toward Israel has much to do with whether or not God blesses America. Let us hope and pray that the United States government will stand behind the Jewish people, and thus, spared the judgment of God with natural, or might I say, divinely orchestrated, disasters!

In what ways can you, or your church congregation, be a blessing to Israel?

John Livingston Clark is 67 years of age and lives in central Washington State. He has written two published books, and two published poems. His initial book is called, " God's Healing Hope: Breaking the Strongholds of Wrong Thinking." His second book, released in December of 2016, is a motivational book written to seniors titled, " Seniors: Are You Retiring or Recharging?" Both books are available on amazon. You can also view his writings on www.faithwriters.com. John is available to speak on a variety of topics. Visit me at jclarkministries.com
Previous Spiritual Applications From Planting A Tree
Next Being Careful About What We Care About