Breaking News
Home / Relationships / Is There Such a Thing As Too Much Purity? 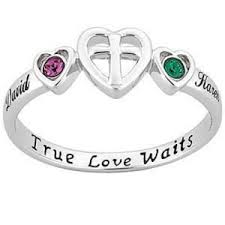 Is There Such a Thing As Too Much Purity?

When it comes to Biblical marriage, many people put their whole focus on sex, but that is not what marriage is built on, even though it is important. The commentators and the naysayers focus on this and ridicule Christian young people for wanting to remain pure until marriage, but Christians often ridicule it too. Purity is a part of being single and sex is a part of being married, but it’s not the most important part, yet this is where all the focus is and perhaps bears most of the weight of any failure.

Marriage is a partnership in which two people become one strong unit, united for God, bearing each other’s burdens and caring for one another.  Focusing on the sexual aspect entirely is a smokescreen to redirect attention away from the important issues. Sexual intimacy is viewed as having an immediate connection with another person but it is not. It’s like a false relationship built on shallow things. When things get rocky, a relationship has to be built on something other than sexual intimacy or it will fail.

Unfortunately, many people don’t think of this in the heat of the moment, and frankly don’t see the problem with casual sex. But if you never move beyond a casual relationship with anyone, what happens when you need emotional support? No matter who you are, there will be times in your life you will need someone to lean on. A relationship has to be built on other things, and sex is just a small part of a relationship.

But, perhaps the church should share the blame for some of the furor surrounding the issue of purity, making it a main character in the single Christian’s life story when it ought to be a supporting player instead. Sexual and emotional purity is important, but it is only one aspect of a Christian’s life, whether he or she is single or married.

God made men and women to be sexual beings. We are and He made us, so it is His design. This is why He created marriage, and why Paul urges men and women, who are unable to control their desires, to marry. But our sinful nature desires to do what it should not, and since the very beginning we have been doing whatever God says not to like a three-year-old told to stay out of the cookie jar. It started with taking a big bite of the apple and it hasn’t stopped since.

While it is tempting to blame lax morals on today’s culture, we can easily see from reading the Old Testament that sexual sin has been rampant and extreme from the very beginning. I will say it is true that the world’s casual attitude about sex deals a huge blow to the issue of purity. Consider the typical movie plot where a young lady meets a charming handsome young man in a bar, they go back to “his place” and have sex and wake up madly in love. That’s unrealistic, and even though we can counteract that with a warning, it’s still in that hormonal young adult’s brain. But sex does not equal love.

The idea of purity has become a badge of honor and perhaps to the exclusion of other sound biblical teaching about holiness and living a life that honors God. Sometimes the concept of purity becomes a horizontal exercise, where everyone tries to “out purity” everyone else, taking it so far from its roots and true meaning, it basically becomes useless.  However, the true purpose of purity in all areas of life – our thought life, how we deal with others, our speech, and how we conduct ourselves – is a vertical exercise we conduct to show our love for God by obeying His commands.

Twisted worldly concepts of biblical instruction for living and conducting our lives to please God become an anchor dragging the real meaning of God’s design to the bottom of the ocean, drowning it in some fractured and completely unbiblical way of thinking. This is another unwelcome side effect of pushing the purity concept to its breaking point. Some Christian men and women (though I think women are more prone to this) wind up with a completely wrong idea of sex as something dirty and shameful.

Perhaps what we don’t teach in conjunction with purity is how we are wired and the sexual feelings and responses humans can expect so when teens and young adults experience these things they don’t feel that it is bad or there is something wrong with them. They think feeling sexual desire is bad and that if they do means they are not pure. That is not true at all.

God did not promise the call to purity would be easy. It is as fraught with as many pitfalls as any other aspect of living holy is, but God did promise He will make a way for you to escape temptation. Many Christians find themselves giving up the concept of purity as they grow older and remain single, and they do the same thing any of us does when faced with moral failure–they justify their actions. There is no justification for breaking God’s moral law. But God is faithful. When you are tempted, He will make a way of escape, but you have to exercise your free will choice and take the out.

“No temptation has overtaken you except what is common to mankind. And God is faithful; he will not let you be tempted beyond what you can bear. But when you are tempted, he will also provide a way out so that you can endure it.”1 Corinthians 10:13

What aspects of purity are the most difficult for you?