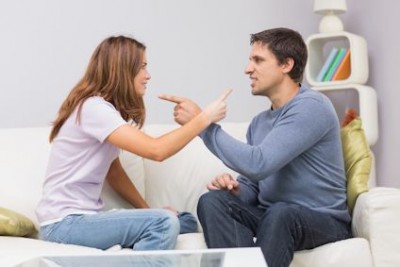 A song with words that transcend time: “Oh the games people play now, every night and every day now, never meaning what they say now, never saying what they mean.”  The late singer/song-writer Joe South wrote that song in 1968, yet those words ring true from the dawn of time.  Think about all the promises made throughout history, and all the mind games played by many people.  In the name of true love, the aftermath of hurt and ruin are immeasurable.  There is also a book by the same name, The Games People Play – The Psychology of Human Relationships, a best-seller by a psychologist named Eric Berne, boasting more than five million copies sold since its publication in 1964.  The book describes both functional and dysfunctional social interactions according to Wikipedia Encyclopedia.  We may well analyze the book, and the later written song, which was possibly inspired by the book, but for time sake let’s take a biblical and brief common sense approach.

I ask this simple question, why do people find the need to play games?  True love does not play games.  Even our Creator, the God of this universe, made it clear that love was the all in all.  It is the reason HE laid down his life for us.  God, who is love, summed up the meaning of true love so well in his Holy Word.  We can read what love is in 1 Corinthians 13: 1-13……”love is patient, love is kind……”   Funny this chapter begins with what we might perceive as ‘the games people play’, as in 1 Corinthians 13:1-3….the way we speak, the gifts we possess, the mysteries we solve, the knowledge we acquire, the things we do, but we fail to see how simple love can be when we just use our heart, and cease to play games!  The passage ends by suggesting that when we finally mature, we will see that love really does not fail, that it is the all in all.  Yet, the rules beg to be embraced.  Why can’t the entire globe comprehend that?  Why can’t husbands and wives value that?  Why can’t brothers and sisters, and even friends recognize that?  It’s not that complicated, and perhaps it all comes down to selfishness.  I think only selfish beings play games, especially when it comes to love.  It was Jesus who said, “Greater love has no one than this, that he lay down his life for his friends.” (John 15:13)

Speaking of marital love, a male reporter wrote an article concerning adultery.  Within the article a woman ask him a question, “How do I truly know if a man loves me?”  Drum roll here, the writer simply answers the question, “When a man loves a woman, he will never cheat on her. NEVER! “The article concludes: “In all, a man who loves you will do anything.  I mean ANYTHING for the woman he loves.”  We humans have failed miserably.  All we have had to do from the beginning was to love.  It might be said, if Adam and Eve loved God they would have been obedient.  Some say love makes the world go round.  Some say it will heal our planet.  God’s says, “Love never fails.”  Won’t you try it today?   Let’s stop playing games, and just LOVE!

Annie Meadows is divinely inspired and is now being called the modern day Beatrix Potter as she creates morally rich books for children and those who choose to remain young at heart.
Previous A Test of your Faith
Next Our Hope: Facing Conflict