Breaking News
Home / Relationships / The Missing Preposition: How One Word Can Separate Us From God 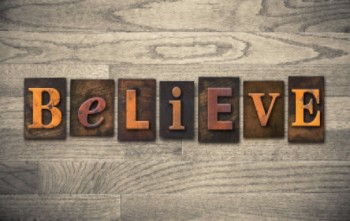 The Missing Preposition: How One Word Can Separate Us From God

Those of us who are native English speakers may not recognize the complexity of learning the language. Take for example the part of speech called prepositions. Their soul intent is to show the association between a noun or pronoun and other words in a sentence. Without these tiny little words, confusion in communication may occur confuzzling especially those new to the language.
For instance, stating that you would “like to go to the restaurant” is different than saying you would “like to go in the restaurant.”
Without using “in” or “to” your expression would merely state “I would like to go the restaurant” leaving the recipient with a puzzled look as to your request.
Although these words may appear to be meaningless on their own, their function serves a greater relational purpose in conjunction to a larger part of speech-the noun.

Ironically, one teensy preposition can mean the difference between life and death.

For God so loved the world that He gave His only begotten Son, that whoever believes in Him should not perish but have everlasting life. -John 3:16

What does this commonly quoted verse mean by saying “whoever believes in Him”?
Let’s take a closer look at the definition for the word “in”.
The word “in” can be defined as indicating that someone or something belongs to or is included as part of something. In other words, the preposition “in” is used to connect the object (whoever) to the noun (Jesus) in a relational means.
We cannot just believe that Jesus was the Son of God, who became a man, and died on a cross; we must have a relationship with Him as well as believe.

How can one simple word be interpreted in such a way to represent the need for a personal connection between Jesus and us?

As James states, “You believe that there is one God. You do well. Even the demons believe—and tremble!-James 2:19.
Notice that the demons don’t believe “in” Jesus, but they only believe that he exists, and even then they tremble.
The missing preposition, or link, is the dividing line between an eternal path with God and an eternal separation from God.

Isn’t it time that we let go of our pride and started using the prepositions in our life that connect us to the one who gave His life for us?

Isn’t it time that we “Believe in” the Lord Jesus Christ?

is an author and editor for The Bottom Line Ministries as well as a member of Faith Writers. Currently she teaches high school language arts. She is a mom to four amazing blessings and enjoys every moment life has to offer. Renee has a fervor and drive to learn, she loves to read and spend time with her family, and is involved with her local church ministries. Humbled by God’s gift of words, she has a passion to write what the Holy Spirit has placed in her heart. She hopes to publish her in-progress book someday, but in the meantime, is honored to be placed as part of the TBL writing family and is holding on to the ride wherever God is leading. Renee and her family reside in their country home in Holland, Iowa.
Previous Four Blood Moons
Next Are You Taking Your Brain For Granted?