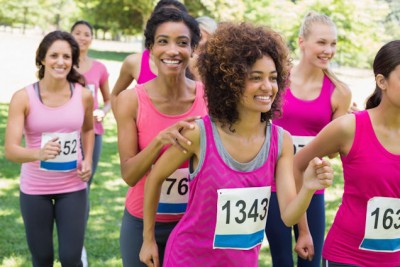 The Race Against Racism

Over the past few days the issue of racism has been on my mind.  I don’t think it was random, and I believe God put it there for a reason.  I mean, this is some serious stuff.  Just the other day, I remember reading about GAP being in hot water because someone felt like one of their ads promoted racism.  I actually took a few moments to view it and see what all the fuss was about and it seemed like the situation was being blown up into something it never was.  It was simply an older girl resting her arm on her kid sister.  The older happened to be white, and the younger black.  Quite honestly, it was something I could see a taller child doing with their younger sibling, and I don’t feel like it was trying to send a negative message.  So I think it’s a good time to focus in on racism and see what might be a better way to deal with race relations. 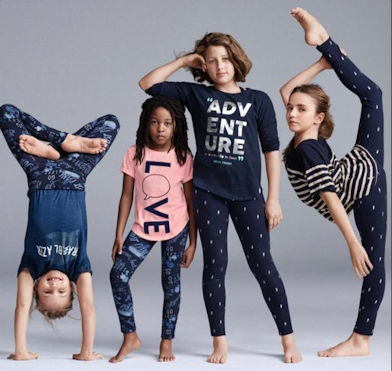 Be Proud, But Not Loud

When I say this, I’m not just speaking to one particular race.  I think it’s important to find worth in our identity.  In fact, it definitely needs to go beyond race, and be inclusive of Christ.  He is truly who should be providing the foundation for our identity.

So, what do I mean about not being loud?  Well, let me explain.  Sometimes when you inflate something that is important to you, it can antagonize others.  Remember the story of Joseph?  His brothers hated him because he had favor with his dad and God gave him dreams about ruling over his brothers.  Of course this irritated his brothers, especially when he spoke of having dreams about them bowing down to him.

I believe that if Joseph would’ve watched what he said, he would’ve still fulfilled the path God had set aside for him.  Maybe it would have even went a bit smoother.  That’s not how it happened though.  He irritated his brothers, and in turn it created a lot of heartache for his family.  Sometimes we do this with race relations by promoting who we are, but in the end it creates hard feelings and can actually promote racism.

Now let’s approach this from a different angle.  Moses married a wonderful woman of color name Zipporah.  We have no record of her causing problems for anyone, but Miriam had a problem with Moses’ relationship with her.  So what happened?  Miriam fussed about Zipporah, and as a result her skin turned leprous.

But why?  Was God being a meanie?  I think not.  I believe God was trying to deliver a stern message about His creation.  Miriam complained about God’s design, that being allowing for mankind to have different skin tones, so God allowed for Miriam to be plagued with a skin disease that was outside of His intent for mankind.

Are you seeing what happened?  Miriam was in a position to be the one with a “skin” issue, and people  likely tried to avoid her.  Of course Miriam was eventually restored, but I think she learned an important lesson and maybe we should too.

A Message to Blacks

God loves you and had a special purpose in how He created you.  A lot of your culture is beautiful, but of course there are always things that are a bit rocky.  However, this is true for any race, and we need to find constructive ways in dealing with these things.

I feel for you in that a lot of prejudice exists today and a lot of black people are put in unfair environments or treated improperly.  Racism will always exist because there are always bad people.  However, there are also a lot of decent people who appreciate who you are and value your identity.

Some things to keep in mind:

A Message to Whites

Blacks are your brothers and sisters, and it doesn’t have anything to do with skin tone.  It has to do with a bond we share through the Holy Spirit.  If  it bothers you that someone is black, then it’s time to do a serious self-check and get your priorities in order.  Black people, and everybody else, have a lot to offer.  They also contribute much to the body of Christ.  Have you ever walked into a black church?  Wow!  Many of them have the feeling of being “alive” and there is also a distinct feeling of unity.

Also, try to avoid the stereotypes and biases that exist.  We want God to be fair with us, and we should offer the same respect to other people regardless of race.  Make an effort to show people of other races that they are important, and even inspire you.  Also, don’t be afraid to take some time to learn about their culture or why they feel the way they do.

A Message to Everybody

It’s time we all learn to get along and not be petty about who we are.  There is not a person on the planet Earth that wasn’t designed by God.  He wants us all to thrive, and to do so together.  There will always be groups and individuals who try to stir the pot and cause problems, but let them destroy themselves.  We don’t have to take part in it, and we are better off encouraging one another rather than trying to prove any type of superiority, or exploit any type of advantage we think we have.  Let’s learn to embrace who we are, but at the same time be willing to share that with others.

It’s really difficult to write an article like this.  I want to say what I feel I need to say while trying to avoid offending someone.  There is also a lot more I would like to have said, but I feel I said enough to get a message across.  Hopefully it is a positive one.

I also hope you will take some time to think about what you believe and where you stand, then deal with anything that may be bothering you.   We can’t simply ignore that racism exist, but we can find ways to desensitize and eliminate much of it if we work together.  Thank you for reading and God bless.

What are some concerns you have about racism?  What can you do to make things better?

Joel M. Bauer is a 45-year-old U.S. Army Veteran from Dunn, NC, which is just outside of Raleigh. After being honorably discharged from the U.S. Army, he attended school at Taylor University, a Christian liberal arts school, in Fort Wayne, IN, where he received his BS in social work and psychology. He has worked in such places as a homeless shelter, a community based treatment center for severe mental illnesses, a school for troubled students, and other social service agencies. His current endeavor is to build The Bottom Line website into a site that inspires both Christians and non-Christians alike, and brings glory to God.
Previous Campus Voices: Choices Our Students Must Make
Next Let us Enter God’s Supernatural Rest