Breaking News
Home / Science / A Passion For the Gospel, Like Going to Mars 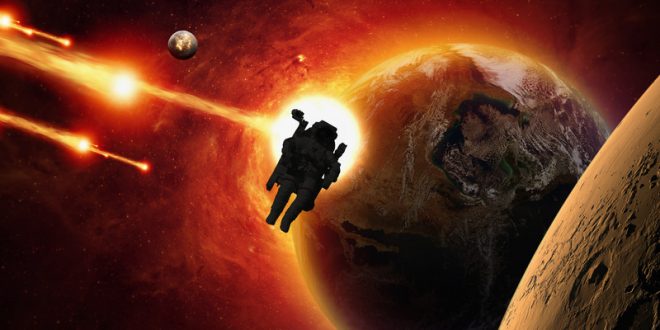 There are presently 100 people from all of humanity, 50 men and 50 women, who are on a very elite list. There are no others like them on Planet Earth. They are of all ages and from many countries. They are willing to give up family and friends and even life on earth to accomplish their dreams. Who are these people? This elite group will eventually be trimmed to 24 individuals who have what it takes to land on the Planet Mars and never return!

If you think this is just science fiction, it’s not. Mars One has embarked upon the goal of landing humans on the surface of the planet by 2026. Work is well underway. Rockets are being developed. The ability to sustain life for an entire “city” is in the planning stages. And now, the crew is being selected.

These potential future astronauts are willing to literally give up everything to go to Mars. They have signed their lives away. The desires of Christians also should pale  in comparison to the greater cause of knowing Christ and spreading the hope and grace of salvation.

Matthew 16:24 says, “If anyone wishes to come after {Christ}, let him deny himself and take up his cross and follow Me.”

In Philippians 3:7-8, the Apostle Paul tells us “But whatever things were gain to me, those things I have counted as loss for the sake of Christ. More than that, I count all things to be loss in view of the surpassing value of knowing Christ Jesus my Lord, for whom I have suffered the loss of all things, and count them but rubbish in order that I may gain Christ.”

These 100 people have an obsession and ambition to be the first humans to go to Mars. There is nothing wrong with that, however, scripture teaches that it should be “our ambition, whether at home or absent, to be pleasing to {God}.” There is a sinful nature in need of forgiveness, hope, and redemption. Depression and suicide is at an all-time high. Look at all the evil in the world? Why go to Mars when people right here on Planet Earth are killing each other and taking their own lives? Human nature is not going to change by living on another celestial body. The ultimate “goal” should be eternal existence with God in heaven, and that is not something that can be accomplished. It is made possible only by the grace of God for those who admit they are sinners, accept His grace, and realize that there is nothing they can do to earn salvation.

Being on the list of those people who may be the first to go to Mars is quite an accomplishment. But it is much better to be on God’s “list” of those who will be granted entrance to heaven based upon His grace.  The Apostle John expresses it this way in his vision given in Revelation 20:12 and 14. “And I saw the dead, the great and the small standing before the throne, and the books were opened; and another book was opened, which is the book of life…And if anyone’s name was not found written in the book of life, he was thrown into the lake of fire.”

May our “goal” as Christians be that expressed in II Corinthians 5:14-15. “For the love of Christ controls us having concluded this, that one died for all, therefore all died; and He died for all, that they who live should no longer live for themselves, but for Him who died and rose again on their behalf.” What is your passion as a Christian? Is it what you desire to accomplish, or is it to bring glory to God in how you live your life? Some of these people being considered for going to Mars have dreamed about this all of their life. What are some God-honoring dreams that perhaps you may have that are bigger than you, and that only God can bring to fruition?  What would happen if all Christians had the same zeal and consuming obsession to share the Gospel as these 100 people who want to go to Mars?

John Livingston Clark is 67 years of age and lives in central Washington State. He has written two published books, and two published poems. His initial book is called, " God's Healing Hope: Breaking the Strongholds of Wrong Thinking." His second book, released in December of 2016, is a motivational book written to seniors titled, " Seniors: Are You Retiring or Recharging?" Both books are available on amazon. You can also view his writings on www.faithwriters.com. John is available to speak on a variety of topics. Visit me at jclarkministries.com
Previous This is the War
Next Perfect Measurements