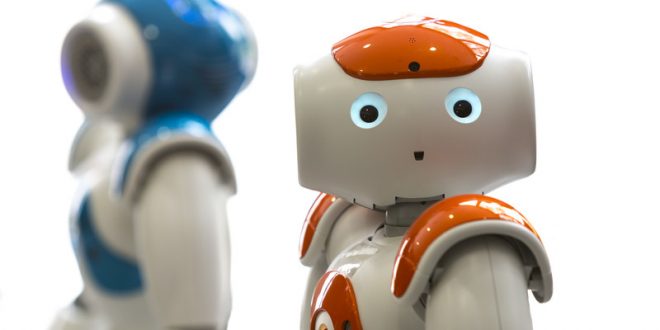 “This new religion states that men can make a new god for himself…worshiping a computer is like bowing down to a tiny gold elephant, the only difference is that the new version has an on-off switch and needs to be plugged in.” This is the response of Rabbi Moshe Avraham Halperin to the quest of those who want to use artificial intelligence to replace God. (Quoted from an article by Adam Eliyahu Berkowitz, October 2, 2017).

Artificial Intelligence (AI) is defined as the theory and development of computer systems able to perform tasks that normally require human intelligence, such as visual perception, speech recognition, decision making, and translation between languages.  It is approaching singularity – the point at which computers surpass humanity in intelligence. There is also a drive to achieve immortality by merging man with machines!

Former google engineer Anthony Levandowski has started a new organization called Way of the Future. The purpose is “to promote the realization of a Godhead based on artificial intelligence and through understanding and worship of the Godhead contribute to the betterment of society” (Nate Church, Breitbart News, September 28, 2017, and “Silicon Valley Elitist Starts Religion To Worship AI As God,” Paul Joseph Watson, September 28, 2017). This newly-formed “religion” is even going so far as to say that God is a bot. So, what is a bot? It is software that can respond back to user input, relying on the input words.

Humanity has advanced to this point with no acknowledgement of God. Not good! I am sure God is not pleased. Among all the reasons right now for why he should judge Planet Earth, this could very likely be at the top of the list! God judged the people for building the Tower of Babel, which was perhaps the pinnacle of advancement in knowledge for their time. Their attitude was “let us make for ourselves a name” (Genesis 11:4). We are witnessing that same arrogance with no need for God as a quest is made to replace the one true living God with artificial intelligence. The ones who are advancing this “religion of technology” have chosen to worship man’s creations instead of the Creator of man.

I have news for those who are seeking to do this. Nothing can replace God. Nothing ever will. He is “infinitely wiser and more knowledgeable than even the collective intelligence of everyone on earth” (Lauren Green, former religion correspondent for Fox News). God, and He alone, deserves our worship! He sent his Son, Jesus Christ, to die for the sins of each individual person. He offers forgiveness, peace, hope, and eternal life to all those who call upon him. Proverbs 1:7 says “The fear of the Lord is the beginning of knowledge.” And God, the source of all knowledge and wisdom, can reside within the heart of a person.

How far do you think God will allow this quest to replace him with artificial intelligence before he stops it in its tracks, like he did with the Tower of Babel? In what ways do you think he would do that?

John Livingston Clark is 67 years of age and lives in central Washington State. He has written two published books, and two published poems. His initial book is called, " God's Healing Hope: Breaking the Strongholds of Wrong Thinking." His second book, released in December of 2016, is a motivational book written to seniors titled, " Seniors: Are You Retiring or Recharging?" Both books are available on amazon. You can also view his writings on www.faithwriters.com. John is available to speak on a variety of topics. Visit me at jclarkministries.com
Previous A Good Name
Next An Explanation of the Trinity 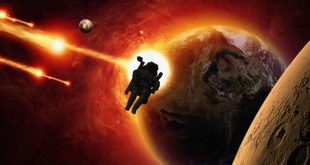