Breaking News
Home / Faith / An Explanation of the Trinity 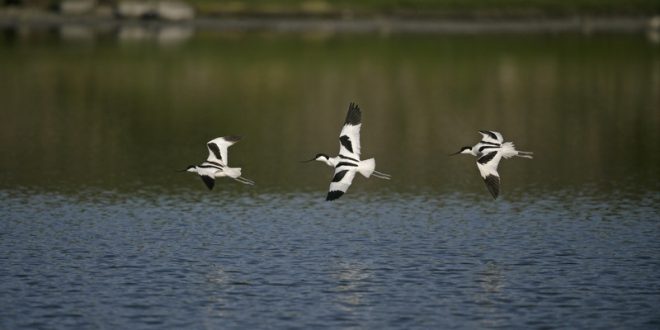 An Explanation of the Trinity

What is the Trinity? Simply put there exists within the one being of God, three persons, coequal and coeternal, Father, Son, and Holy Spirit. Scripture affirms the deity and personhood of the Father, the Son, and the Holy Spirit and yet the Bible also teaches that there is only one God, so we must conclude that God is a Trinity. As the Bible is the sole, inerrant rule of faith, we must look to it and it alone to confirm this. 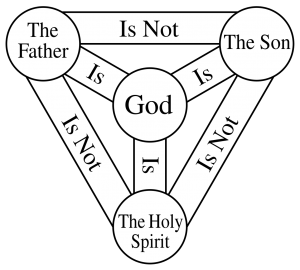 Foundational to the doctrine of the Trinity is monotheism, which is the theological position that there is one, and only one God. Scripture is clear throughout, that the God reveled in the Bible is the only God in existence, that all others are idols created by man. God, speaking through the prophet Isaiah says concerning Himself and other gods:

Isaiah 43:10 “You are My witnesses,” declares the LORD, “And My servant whom I have chosen, so that you may know and believe Me And understand that I am He Before Me there was no God formed, and there will be none after Me.

Another fundamental verse confirming the oneness of God is Deuteronomy 6:4 “Hear, O Israel: The Lord our God, the Lord is one.”

Thus, we see that God is one in His being. What does “being” mean? “Being” is the stuff we are made of, but in the case of God, He is made up of His divinity. It is okay if we cannot comprehend what being made of divinity means, if we could understand the totality of God, He would not be God.

We also see in Scripture that there is three persons called God, the Father, Jesus Christ, and the Holy Spirit. What is meant by “person” is a personality that is distinct. So, there is one “what” and three “who’s”. These “who’s” are three personalities composed of the same “what”. Again, within the one being of God there is three persons, all of whom are equal to each other and equally eternally existing, none of them are created, they have always existed as a Trinity.

2 Corinthians 1:3 Blessed be the God and Father of our Lord Jesus Christ, the Father of mercies and God of all comfort.

We could go through many passages confirming the deity of the Father, but no one really brings up arguments against this position, rather they dispute the deity of Jesus Christ and the Holy Spirit. Again, we must go to the Scriptures to prove the deity of them.

That Jesus is God is proven from many verses, in fact one can see evidence of Him throughout the Bible, in both the Old and New Testaments, but they are most clearly seen in the New.

This is the clearest passage in the New Testament that proves not just the deity of Jesus Christ, but is also a foundational text for the doctrine of the Trinity. The Word (Jesus) is identified as being both with God and being God Himself. The only logical explanation is that there exists within the one being of God, a plurality of persons.

Another verse proving the deity of Christ is:

Most often attacked by opponents of the Trinity is the personhood of the Holy Spirit. That the Holy Spirit is a person and not an impersonal force or power, like electricity, is easily demonstrated by going to the book of Acts.

Acts 5: 3-4 But Peter said, “Ananias, why has Satan filled your heart to lie to the Holy Spirit and to keep back for yourself part of the proceeds of the land? While it remained unsold, did it not remain your own? And after it was sold, was it not at your disposal? Why is it that you have contrived this deed in your heart? You have not lied to man but to God.”

One cannot lie to an impersonal force, which many say the Holy Spirit is, you can only lie to a person. In these two verses we see both the personhood of the Holy Spirit and His being referred to as God.

Matthew 28: 19 Therefore go and make disciples of all nations, baptizing them in the name of the Father and of the Son and of the Holy Spirit.

One last passage that demonstrates the Trinity is found in the letter of 2 Peter. Peter was a trinitarian by experience, He lived with the Son, on the mount of transfiguration he heard the voice of the Father, and he was inspired to write Scripture by the indwelling Holy Spirit.

2 Peter 1: 16-21 For we did not follow cleverly devised myths when we made known to you the power and coming of our Lord Jesus Christ, but we were eyewitnesses of his majesty. For when he received honor and glory from God the Father, and the voice was borne to him by the Majestic Glory, “This is my beloved Son, with whom I am well pleased,” we ourselves heard this very voice borne from heaven, for we were with him on the holy mountain. And we have the prophetic word more fully confirmed, to which you will do well to pay attention as to a lamp shining in a dark place, until the day dawns and the morning star rises in your hearts, knowing this first of all, that no prophecy of Scripture comes from someone’s own interpretation. For no prophecy was ever produced by the will of man, but men spoke from God as they were carried along by the Holy Spirit.

How will you respond in your devotions to the Trinity? How does God being one and yet three enhance your love for Him?

Father God is One Holy Spirit Is Jesus God? Is the Holy Spirit a person? Jesus Christ son the trinity Triune God Who is the Trinity? 2017-10-20
Jonathan Kotyk

Tags Father God is One Holy Spirit Is Jesus God? Is the Holy Spirit a person? Jesus Christ son the trinity Triune God Who is the Trinity?

Jonathan Kotyk is a student, self taught philosopher, recovering addict and born again Christian. He has spent time on both the far Left and Far Right side of the political spectrum and lives in Canada.
Previous Artificial Intelligence Being Used to Replace God
Next Fight the Goliath: The story about the missionary, Avril Varosky