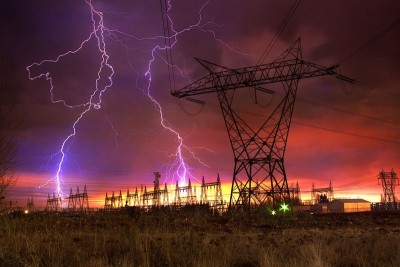 Not all threats to America are of a military nature or are related to ISIS. Nevertheless, they are very real. Here are three.

From a webpage dated May 2015, by Sean Piccoll, comes the following quote: “An EMP strike, most likely from the detonation of a nuclear weapon in space, would destroy unprotected military and civilian electronics nationwide, blacking out the electric grid and other critical infrastructure for months or years.” Two people in “the know” about this are Henry Cooper and Peter Vincent Pry. Cooper is the former director of the Strategic Defense Initiative under Ronald Reagan. Pry is the executive director of the EMP Task Force on National and Homeland Security and a past member of the CIA.

This is enough of a potential threat that NORAD (North America Aerospace Defense Command) has returned to staffing its bunker underneath Cheyenne Mountain outside Colorado Springs. The Pentagon recently admitted that the threat is real and spent 850 million dollars on updates to the facility and its communication system. Such an attack would  most likely come from Russia, China, Iran, or North Korea. The Iran military has endorsed an EMP assault, claiming it would kill 90 percent of the American population within a matter of time.

ATTACK ON THE POWER GRID

Once in every four days there is a physical or cyber attack on power substations. There have been over 300 since 2011. A webpage dated March 24, 2015 by journalist Steve Reilly, reports that one of the worst was on April 16, 2013 and occurred at a Pacific Gas and Electric substation in northern California. One hundred rounds of ammo were fired at the transformers and six fiber optic cables were cut.

These attacks are happening in not only urban areas, with the potential of putting large cities in the dark, but also in small town rural vicinities. The culprits have, so far, not been caught.

A little talked about fault parallels the Mississippi River from St. Louis to Memphis. The New Madrid Fault Line is said to be the most active one east of the Rocky Mountains, and 20 times larger than the San Andreas Fault in California. On April 1, it came to life with a 4.0 quake.

While these three potential threats are very real, it is another reason to put one’s confidence in God. He knows what is going on and can provide supernatural protection from any type of calamity. It is, however, a time of judgment. Some people believe that God has withdrawn the hedge of protection over America. This nation was safe and secure until 9/11. More and more dramatic events are going to occur and there are those who think that something huge is going to happen this month-September 2015-not necessarily one of the three mentioned in this article-but something. Only time will tell and only God knows.

Whatever happens, and when, is really up to the sovereign Lord. Isaiah 45:5-7 and 22 eloquently sum it up: “I am the Lord, and there is no other; Besides Me there is no God. I will gird you, though you have not known Me; That men may know from the rising to the setting of the sun that there is no one besides Me…the One forming light and creating darkness, causing well-being and creating calamity; I am the Lord who does all these…Turn to Me, and be saved, all the ends of the earth, For I am God, and there is no other.” How are you going to respond to God during times of potential threats and calamity?

John Livingston Clark is 67 years of age and lives in central Washington State. He has written two published books, and two published poems. His initial book is called, " God's Healing Hope: Breaking the Strongholds of Wrong Thinking." His second book, released in December of 2016, is a motivational book written to seniors titled, " Seniors: Are You Retiring or Recharging?" Both books are available on amazon. You can also view his writings on www.faithwriters.com. John is available to speak on a variety of topics. Visit me at jclarkministries.com
Previous Believers Needn’t Fear God’s Wrath
Next Living the Word changes lives!