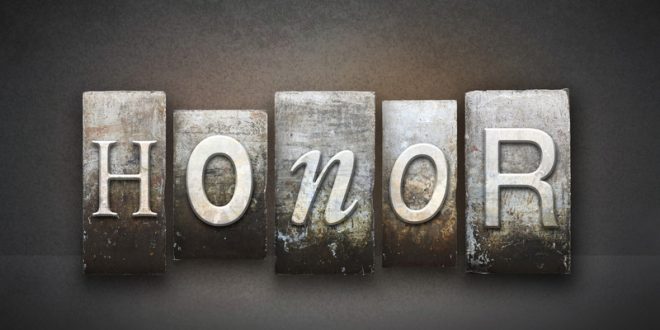 Honoring Our Parents Will be Rewarded

In the television drama The Waltons, grandparents Zeb and Esther lived with their son, daughter-in-law, and seven grandchildren as the family struggled in the grips of the Great Depression.  The family had little in the way of worldly goods, but they had a bond of love and support for one another. This television series depicts real life for many generations of Americans who so often cared for their aging parents while raising their own children under the same roof.

In my own family, my great-grandparents lived with my father and his parents until their deaths.  It was not always easy in a household where two women had differing ways of doing things, not to mention Irish tempers that occasionally flared and a new little mouth to feed just before the market crash in October,1929. But for the older generations, sharing a home was often part of honoring one’s parents.

Honoring our parents today may come in different form than it once did, there is care available in our communities that was not available a century ago.  But God still expects us to honor our parents by doing all that we can to help care for them as they grow older. In 1 Timothy, 5:4, both children and grandchildren are told to take responsibility for aging parents and grandparents. “Kindness should begin at home, supporting needy parents.”  This is pleasing to God.

It can be challenging to show honor if you have experienced a difficult relationship with one or both parents, but there is a reward when we do:

“Honor your father and mother, that you may have a long, good life in the land the Lord your God will give you.” Exodus 20:12

Honor shown through care, time, and resources can be demanding, and it certainly won’t go as smoothly as it did on that popular television series!  But parents, children,  and grandchildren alike will reap the rewards—God promises this.

My husband Dan and I have three children and three grandchildren. We live in central Illinois. I am a graduate of The Institute of Children's Literature, a member of faithwriters.com, and a member of SCBWI. My writings have been published at chirstiandevotions.us, in DevotionMagazine, the PrairieWind Newsletter, and here at thebottomline.co.
Previous Simplicity: A Gift from God
Next Who Am I? Why Am I Here?