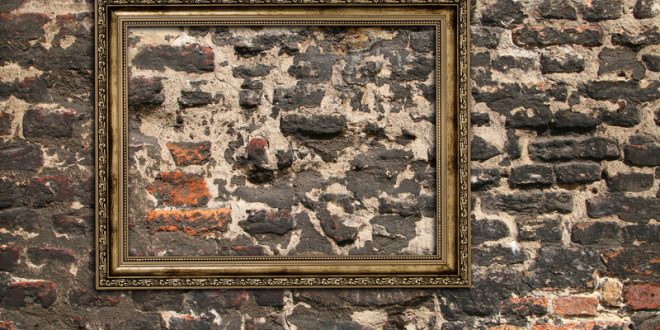 Anna Coleman Ladd wanted to help disfigured soldiers during World War I. Many young men were permanently disfigured due to the modern weapons of the time: including machine guns. Shattered jaws, noses sheared off, and in some cases, half of a young man’s face obliterated, these were the wounds that left their victims reeling. Many were resolved to a life behind the walls of their own homes in order to avoid the looks of horror on the faces of town’s people at local markets, places of business, and even churches. Moved with compassion for these injured soldiers,  Anna went to work making masks in their exact likeness.

Born in 1878, Anna Coleman Ladd was a gifted sculptor living in Boston when World War I broke out. While working with the Red Cross, she founded the Studio for Portrait Masks in Paris, France. There began the painstaking work of reconstructing what had been destroyed in moments; and in so doing, reconstructing the lives of many wounded soldiers.

Imagine what it would be like to have your face disfigured so badly that you wanted to hide in a dark room. What a day of joy it was when Anna or one of the other dedicated workers slipped that mask in the exact likeness over the face of a devastated war hero! All those young men had before this possibility was to look in a mirror, or glance at an old photograph, and remember their features.

The bible describes a person who looks into a mirror, turns away from the reflection, and immediately forgets what he looks like. This is the person who listens to God’s Word but fails to obey it:

For if a person just listens and doesn’t obey, he is like a man looking at his face in a mirror; as soon as he walks away, he can’t see himself anymore or remember what he looks like. But if anyone keeps looking steadily into God’s law for free men, he will not only remember it but he will do what it says, and God will greatly bless him in everything he does.   James 1:23-25

We must guard against believing we are obedient simply because we know a passage in the bible. Only obedience to God’s Word will do. Anything less is simply masked disobedience, a self-deceptive belief that knowing is all that is required. Like the masks that brought new emotional health to those long-ago soldiers who would have lived in isolation without them, making the choice to know God’s Word and do what it says  is health to our soul and spirit.Will you be a doer of the Word, or a hearer only?

My husband Dan and I have three children and three grandchildren. We live in central Illinois. I am a graduate of The Institute of Children's Literature, a member of faithwriters.com, and a member of SCBWI. My writings have been published at chirstiandevotions.us, in DevotionMagazine, the PrairieWind Newsletter, and here at thebottomline.co.
Previous Worry, Fly Away!
Next God Uses Hardship To Build Our Character