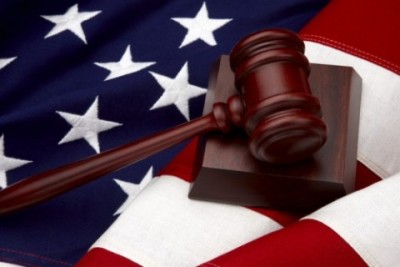 This great nation is comprised of 50 distinctly separate but united states. Our system of government is designed to recognize the rights of states to govern themselves. It is not ruled by one person or entity. Its intrinsic value is the ability of the residents of each individual state to determine how it will be governed. The residents, through their elected officials, determine what is, and what is not, acceptable based on the beliefs of those who live their lives within its borders.

In 1996, the U.S. Congress overwhelmingly passed H.R. 3396 (Defense of Marriage Act). President Clinton signed it into law. In DOMA the word “marriage” means only a legal union between one man and one woman as husband and wife, and the word “spouse” refers only to a person of the opposite sex who is a husband or a wife. DOMA also affirms the power of each state to make its own decision as to whether it will accept or reject same-sex marriages created in other jurisdictions. No state, possession, territory or Indian tribe in the US shall be required to give effect to any public act, record, or judicial preceding of any other State, territory, possession, or tribe respecting a relationship between persons of the same sex that is treated as a marriage under the laws of such other State, territory, possession, or tribe, or a right or claim arising from such relationship.

Some called for an amendment to the Constitution. Congress, however, chose to pass this federal law that acknowledged the state’s right to decide whether or not to accept or reject same-sex marriage. With overwhelming support one can only assume that Congress found it to be an acceptable compromise.

The purpose of laws is to maintain order in society. They are of no value when they are not enforced or when a judge discounts the will of the people and strikes down the laws their representatives have passed.

On April 4th, an Ohio judge declared that he will strike down part of the state’s law banning gay marriage. – He made good on that declaration. The ruling stands for those who brought the case to court. He has, however, put a stay on his own ruling to hear the state’s appellate arguments. As judges strike down state marriage laws – laws which are protected by the Defense of Marriage Act, our justice department is choosing to not enforce this federal law. What we have is chaos, not order. It is law-less-ness.

Why should anyone care? Really? As Christians are we not to love all people regardless of who they choose to love? Of course we are. So why concern ourselves with personal life decisions such as these? Why involve ourselves in the controversy? One very good reason is that when judges legislate from the bench we no longer have a representative republic. A better reason is because of what God has to say.

1 Corinthians 6:9-10 9 Don’t you realize that those who do wrong will not inherit the Kingdom of God? Don’t fool yourselves. Those who indulge in sexual sin, or who worship idols, or commit adultery, or are male prostitutes, or practice homosexuality,10 or are thieves, or greedy people, or drunkards, or are abusive, or cheat people—none of these will inherit the Kingdom of God. (NLT)

The Christian community has allowed itself to get caught up in their own feelings. We may know a same-sex couple. They may be friends or members of our own family.We may believe that they really love each other. We may believe it’s not our place to dictate how they should live and whom they should love. Quite frankly, it isn’t. God gave us all free will.

So – why concern ourselves?

Because as Believers, though we are not responsible for the choices of others, God does hold us accountable for our own. Whether or not we agree with God is irrelevant. Whether we like someone, are related to someone, believe they were ‘born that way’ and have no choice, or believe their love may be true – it’s all irrelevant when we stand before God and give account for our actions.

Melinda is currently the worship leader at her small church in rural America. Married for 23 years, she and her husband Larry have one son. She is the Director of Mailing in the print/mailing industry by day and freelance author by night. Her desire to write is a passion borne from tragedy. God used it to take her faith to a much deeper level. Melinda is a freelance writer and member of FaithWriters. She joined the TBL team in March 2014. Believing we are citizens of a greater ‘kingdom,’ her articles for The Bottom Line examine governmental responsibility, citizen involvement and current political topics. With the great wisdom contained in scripture as her guide, she looks at today’s political environment from a Biblical perspective. She prays her words will prompt the reader to view citizenship - and every aspect of their life, through the eyes of faith. Col 3:17 To read more of Melinda’s writings on her faith, hope, and life visit her blog Still Living Still Loving or her page at Faithwriters.com. You can also follow her on Twitter @MKZbk.
@@MKBzk
Previous Singing Sensation: Sam Santiago
Next Non-random Acts of Kindness