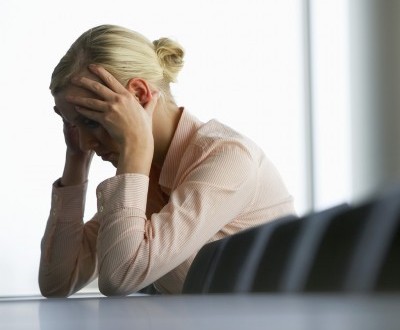 Vain imaginations come through our minds and present all sorts of worst-case scenarios as well as fearful, worrisome and anxious pictures in our minds. The enemy wants to use your imagination to present to you, “What if?” and, “I should have … ” scenarios hoping you will agree with the lie. Once you agree with the lie you will begin to believe it and act as if what the enemy has shown you in your imagination will really happen. Living in this state causes great emotional turmoil. Any trauma or emotional crisis in our past can be an access point for the enemy to plant imaginations in our minds if we do not renew our minds with the Word of God. Unhealed pasts, including damaging and destructive memories, can cause an opening for the enemy to plant false images into our minds.

Vain imaginations start with a thought, and if you do not take that thought captive immediately, that thought forms a mental picture in your mind. You then begin “seeing” your fears, anxieties and worries play over and over in your mind. Vain imaginations elicit terror, depression, discouragement, stress, anxiousness, worry and doubt–all of which originate from the enemy. If you choose to hold on to the image the enemy presents to you, it will create a lack of peace and emotional instability. For example, if you have a picture in your mind of someone you love dying and are plagued by fear surrounding the image, that is a vain imagination and needs to be cast down immediately and replaced with a scripture or two from the Word of God.

Overcoming vain imaginations begins with asking yourself, “Is that thought or image from God?” If you do not know, ask yourself, “Do I feel peace and can I find this in the Word of God?” If you answer no to these questions then do not agree with what the enemy is showing you, instead reject the lie immediately and find scripture to say and believe instead. You must do this as quickly as the image comes to your mind, otherwise, a stronghold will form in your mind concerning the false image and you will begin to act and think as if what you were shown is really going to happen.

“Casting down imaginations and every high thought that exalts itself against the Kingdom of God, and bringing into captivity every thought to the obedience of Christ.” 2 Corinthians 10:5-6

The enemy is a master of deception and can present to you thoughts and feelings that seem so real. A lot of the times when the enemy messes with our imagination he will use something from our past that really was traumatic or difficult for us and then tack that difficulty onto the lie. Many times you fall for this level of deception because of the partial truth that is attached to the lie.

I find that when I watch negative news reports or even read them, I can have difficulty with all kinds of pictures in my mind that are terrorizing. It is also important that you are careful who you are talking with. The enemy can use anyone to deliver his images to you. Guard your mind from negative reports on television, the internet and other people.

Vain imaginations come to paralyze you and steal your peace. Peace comes as a by-product of time spent with God in His presence and allowing the Word of God to choke out the lies of the enemy. Remember, a lot of times the images you receive from the enemy will seem real but if you’re grounded in God’s Word, you will recognize the deception immediately.

How do you deal effectively with vain imaginations?

Stephanie has a heart and passion to see broken lives restored and redeemed through Jesus Christ. She writes through her personal experiences and her educational and professional background. She has over 17 years experience in counseling, and has a Master's degree in Social Work, Bachelor's degree in Psychology, and is a Licensed Belief Therapist. Stephanie has been married for 16 years,and has one grown son. Stephanie's desire through her writings is to bring hope and encouragement to the body of Christ, that no matter what you have been though or going through, there is restoration and redemption through Jesus Christ.
@Stephrreck
Previous The Disease To Please
Next Got an Enemy? Let God Win the Battle for You!