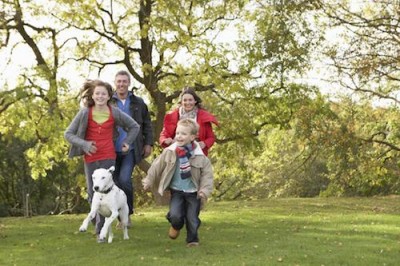 A Bit of Lightheartedness–Enjoying Life

A merry heart doeth good like a medicine: but a broken spirit drieth the bones. Proverbs 17:22

My brother, sister and I grew up in a strict environment. We only had candy once a week unless we got candy from a holiday such as Halloween, Christmas or Easter–even then we were only allowed one piece per day. Even on Valentine’s Day my mom would buy us one of those heart shaped candy boxes and we could only have one piece per day. We were allowed one bottle of pop on Sundays–Squirt, Vernors, or Pepsi, and later our choice of one of the many Faygo Varieties, my favorites were Moonshine and Black Cherry, or Cream Soda, but we often had Rock and Rye at our birthday parties.

We could never hang around in the house, or watch our own TV shows. What we got to watch was determined by the parent. It made it kind of tough at school when the kids talked about some new show and we never knew anything about it, or when it was an hour long show, or a movie and we had to go to bed halfway through it- imagine trying to explain why you knew so much about the beginning and nothing about the ending. Saturday morning was about the only time we could watch TV on our own, and then we had to have the volume down so low that you could hardly hear it.

If it wasn’t raining outside, we had to play outside, and when it rained, or was extremely hot or cold, we had to play in the basement, and weren’t allowed to play anywhere else in the house. Homework was done right after school; in our rooms, or in the sun room that we used as a dining room, and we weren’t able to watch any TV until after supper when our homework was done.

We weren’t allowed to have jobs outside the home if it interfered with school or bedtime (believe it or not I had to quit my first real job because I was often out past 11 p.m.) We had bedtimes all the way up until we moved out of the house. Even during our college years when we came home for the weekend or the summer, we had to be home before 11pm.

We were spanked and had to wash dishes if we got less than a C on our report cards, and always got the paddle if we were caught in a lie, sometimes even when it wasn’t our fault, and you couldn’t explain anything, because excuses were not allowed. It was a real challenge for us when Teachers asked us to explain ourselves.

We had to come in when the street lights came on; even during the winter when it got dark in the early evening. And when we moved out of the city and into the country we were not allowed to stay out after dark. But we found a loophole there–if we camped out for the night, we could stay up as late as we wanted as long as we were home in the morning for breakfast, we spent much of our summers sleeping under the stars. Meals were eaten at certain times: eight in the morning for breakfast (except on weekends), noon for lunch, and 6 p.m. for supper. If we missed any of the deadlines, we were out a meal, or had to eat it cold. During hunting season, EVEN WITH PERMISSION, if we got home after six we ate a cold meal, and I assure you, venison and liver do not taste good cold.

Even though I had a strict upbringing, I never rebelled against it, and though I don’t think I turned out too bad, it did not compel me to institute a strict upbringing for my own children. Because of my upbringing, I did not want my kids to have as hard a life as I did. I knew the things I didn’t like growing up so I tried to keep my own kids from having to endure the same things, and they didn’t turn out bad either- each of them responsible adults.

The lessons we learned growing up, whether strict, or even in a lenient upbringing have made us who we are today. We each have approached the throne of God along different paths and we need to look at our lives as the means that got us to where we are today. Even through all the cold suppers and anxious moments we faced growing up, (like knowing because you got a D+ on your report card you would be spanked in exactly … 1 hour 36 minutes and 51 seconds).

Sure, we made mistakes and had some embarrassing moments along the way, but now we can look back at those moments and realize that because of them, we are who we are. Don’t hold onto the past folks, what’s done is done, and all we can do is avoid making the same mistakes. Life is short and if we try to hold our upbringing against our parents, then who are we actually blaming? Fault should not be placed on them because regardless it still made you who you are today. It makes me think that perhaps God has a dry sense of humor, after-all, He chose those parents for us so we could be raised up in His image.

In keeping with the mood of lightheartedness, here’s a link where you can read a bit of Christian humor:

(from the site at http://www.clearvisionbiblestudies.com/Humor/humor_1.html)

What can you do to lighten the mood in your home?

Tim is a self-published author. His genre is Christian Fantasy- he loves the challenge of trying to combine Christian and Fantasy into a novel that loses none of it's spiritual value. Tim has been an active member in every Church he has attended. He has served as Head Usher, a Sunday School Teacher, and a Youth Director, and has also served as a Church Elder. Tim's prayer is that the Holy Spirit will minister through his words, and that his experiences and knowledge will be helpful to someone out there who needs a true friend like what we have in Christ Jesus.
Previous Five Ways to Transform Your Community
Next Are We Spending Tomorrow’s Money Today?