Breaking News
Home / Faith / What Will The New Heaven and Earth Be Like? 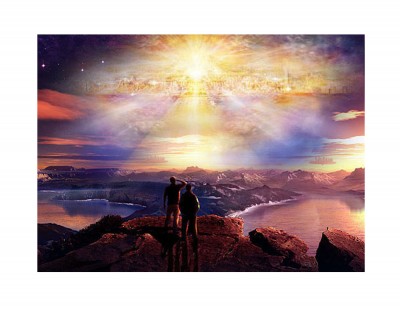 And I saw a new heaven and a new earth: for the first heaven and the first earth were passed away; and there was no more sea. And I John saw the holy city, new Jerusalem, coming down from God out of heaven, prepared as a bride adorned for her husband. (Revelation 21:1-2)

We all have our own ideas on what Heaven is going to be like, but the human mind could never truly comprehend what it will actually be like. For one thing, none of us has been there. We can glean some basic information from Scripture, and we can also look into what Christ says about Heaven, because He alone has actually been there and back again … twice! He was in Heaven, then became human, became our sacrifice and then returned to Heaven. “No one has ascended into heaven, but He who descended from heaven: the Son of Man” (John 3:13).

Because Christ has been there, we can be assured by Him that Heaven exists. Here is what Christ says about heaven:

Here Jesus describes Heaven as an actual place of protection and security:

“When the Son of Man comes in his glory, and all the angels with him, then he will sit on his glorious throne. Before him will be gathered all the nations, and he will separate people one from another as a shepherd separates the sheep from the goats. And he will place the sheep on his right, but the goats on the left. Then the King will say to those on his right, ‘Come, you who are blessed by my Father, inherit the kingdom prepared for you from the foundation of the world. (Matthew 25:31-34).

So Heaven was prepared for us at the beginning of time, when the Holy Trinity was preparing the universe for human habitation. Heaven would not have been created if it was not a place we could attain. It’s our final destination once we pass from this world.

The parable of the talents is a good place to see the results of our rewards as we live out this life as physical beings with limited abilities. God will bless each of us according to our faith, and what we did with the talents He gave us. Rewarding us according to how we used them through our interaction with others and the way we lived out our lives in obedience to the power God gave us through the Holy Spirit.

It goes on to say in verse 28 that the servant who had one talent and did nothing with it, lost that talent to the one who gained the 10. So, we will be rewarded eternally according to our faithfulness in this temporal state we call earth. The more we do in the service of Christ here on earth, the greater our reward will be in Heaven.

So Christ gives us plenty to go on as we search for the path to our eternal rest, but physically, what will Heaven be like? There are references to the physical appearance of Heaven throughout Scripture as well. People often wonder what kind of life will be there and in Romans it speaks of the animals; all of creation, groaning for the time when man will be liberated from sin, because then their existence will return to how it once was in the beginning, (Romans 8:21-22).

Heaven is going to be more amazing than Eden, the place God created for us to dwell, before it was tainted by sin–where animals coexisted and all creatures ate from the food given in the garden by God Himself. We will freely eat from the tree of eternal life and there will be crystal clear streams of water, (Revelation 22:1-2), and the land will be beautiful again. The new heaven and the new earth will be unlike anything we have ever seen, John attempted to describe it in Revelation, but the human language is severely limited, so he described it the only way he could. You can read the most vivid description in Revelation 21:18-21.

What other Scriptures describe what it will be like in our eternal home?

Tim is a self-published author. His genre is Christian Fantasy- he loves the challenge of trying to combine Christian and Fantasy into a novel that loses none of it's spiritual value. Tim has been an active member in every Church he has attended. He has served as Head Usher, a Sunday School Teacher, and a Youth Director, and has also served as a Church Elder. Tim's prayer is that the Holy Spirit will minister through his words, and that his experiences and knowledge will be helpful to someone out there who needs a true friend like what we have in Christ Jesus.
Previous The Real Message of the Four Blood Moons
Next The Difficult Path To Reconciliation 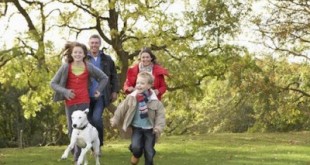 A Bit of Lightheartedness–Enjoying Life

A merry heart doeth good like a medicine: but a broken spirit drieth the bones. ...