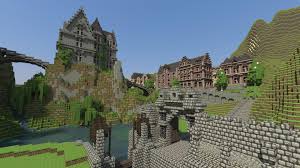 As a child of the 70’s and 80’s, I was hooked on video games the moment my Dad brought an Atari 2600 game console into the house. Through the years, I owned the Sega Saturn, various portable hand-held systems and even several generations of the Playstation. With each passing decade, gaming graphics continued to evolve, while the content continued to degrade. Nowadays, it’s not uncommon to find adults perusing electronics stores for NC-17 rated video games complete with life-like graphics. Kids simply should not be allowed to be in the same room as some of this stuff, whether it’s being played or not. The packaging alone is provocative! Plus, many of the games today focus on the destruction of other people or property. It seems our culture is enthralled with virtual mayhem displayed in vibrant color.

In 2 Timothy 3:4, Paul warns Timothy that in the last days, people will become lovers of pleasures, among other things. God and creation take a backseat to running from the law. I guess instant death and dismemberment are more appealing than actually taking the time to build.

Out of nowhere, comes Minecraft: a little 8-bit style, blocky game that focuses not so much on destruction (beware parents; hack-and-slash is included), but on creation of man-made items. After watching my 9-year old spend quite a bit of time playing a demo of the game, I went out and bought the full version for him as a birthday gift. I wanted to find out firsthand what all the fuss was about. You know what I discovered? It’s actually pretty cool!

My son is learning how to craft clothing from wool; make bricks using a furnace (which he crafted from cobblestone by the way) and coal; when the best seasons are to farm wheat; the differences between birch wood and spruce, in building materials; and it just goes on and on. For him, the blocky characters and rigid movements are some sort of cool-retro deal. But I’m excited at the fact that this game is teaching kids about actual materials used to create, rather than destroy.

Now, to be fair, the game does have a zombie and creeper presence. But unlike some game titles that encourage kids to go looking for these creatures, Minecraft uses them as a deterrent for venturing out at night. Instead of hacking up the undead, my son spends his nights, cooking food and remodeling his structures. And so far, the creation possibilities of the game are endless.

So parents, if you’re looking for a game that won’t induce nightmares in your children, Minecraft gets my stamp of approval. In a world filled with games promoting death and destruction, Minecraft’s exploration and creation aspects are a breath of fresh air.

@Ennis_C_Smith
Previous Spreading Evangelism on the Oil Fields
Next What is Faith?