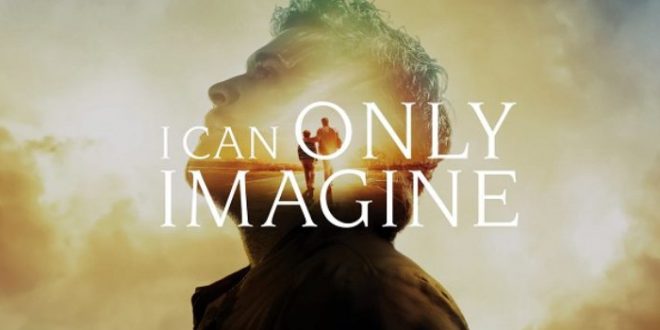 If you have not yet seen the movie “I Can Only Imagine” you need to see it. It has important messages for the time in which we live. Evidently, a lot of people feel the same way. Though it cost only 7 million dollars to make it has already grossed over 65 million. It would seem that people are getting somewhat tired of seeing sex and violence. They want something refreshing that reflects real values.

Mike Huckabee recently stated that “the usual trend is for films to open on thousands of screens, then quickly fall off. But this film continues to grow in popularity as audiences hear the great word of mouth.” This ought to send Hollywood a clear message.

“I Can Only Imagine” is not just a great faith-based film. It addresses the subject of domestic violence and abuse, and how these things can affect a person for years to come. It tells a story of forgiveness. There is something to be learned no matter what a person’s beliefs might be. There is a message of hope and healing.

There is a much broader picture here for our culture as a whole. True change does not take place by passing legislation, but through a transformation of a person’s thoughts, motives, and actions. This takes place from the inside out.

Domestic violence and abuse is an outward expression of a sinful nature controlled by rage, anger, and selfishness. Forgiving someone for past abuse is difficult, and the human nature does not want to do it. Forgiveness is an act of will for the benefit of the one offended so that it will not lead to bitterness and rage.

For those of you who have seen the movie, in case you didn’t catch it, the song writer had to deal with his past and unforgiving spirit first. Then came the writing of the lyrics. The composition went on to become the most popular Christian song in America. I personally believe the inspiration for the song and its rise to success never would have happened without dealing with the issue of forgiveness. But the writer also saw a change in his dad. By the grace of God it is possible to rise above abuse and adversity to experience life on a higher spiritual level. This is what God wants for each and everyone of us.

This film is a great evangelism tool. Consider taking your entire church youth group to see it. Have them invite their non-Christian friends. After viewing so many other movies our godless culture has to offer, they might find this to be a welcome change.

The  Bible says that “all have sinned and fall short of the glory of God” (Romans 3:23). “But God demonstrates His own love toward us, in that while we were yet sinners Christ died for us” (Romans 5:8).

If you have called upon God’s grace in your life, how might you extend His grace toward another?

John Livingston Clark is 67 years of age and lives in central Washington State. He has written two published books, and two published poems. His initial book is called, " God's Healing Hope: Breaking the Strongholds of Wrong Thinking." His second book, released in December of 2016, is a motivational book written to seniors titled, " Seniors: Are You Retiring or Recharging?" Both books are available on amazon. You can also view his writings on www.faithwriters.com. John is available to speak on a variety of topics. Visit me at jclarkministries.com
Previous When to Remember, and Forget
Next Don’t Break the Connection