Breaking News
Home / Entertainment / I Just Might Be Addicted to Rehab … 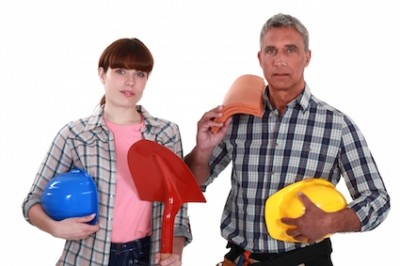 There’s something about some good ol’ fashioned rehab. I might just be addicted. The cleansing. The restoration. The healing. I could go on and on because all of it keeps me coming back for more …

Surprised? I would be, too . . . if I didn’t know I was talking about Rehab Addict on HGTV.

Nicole Curtis—beautiful blonde, single mom, self-made rehabber and salvage picker—lets couch potatoes like me follow her on several adventures as she restores historic homes in the city of Minneapolis. She’s not a typical rehabber. She’s not looking to modernize the old and outdated; she works day and night to bring each home’s historic charm back to life.

Curtis’ garage is filled with salvaged wood and scraps from flea market finds—all of which eventually find a place in her home renovation projects. Unlike most HGTV and TLC shows, each one of Nicole’s projects takes several episodes to complete (which makes the show even more addicting!). She repurposes the old, can see the potential in mold-infested kitchens, and refurbishes what everyone else has deemed hopeless.

My favorite episode? It’s actually a set of episodes that star the rickety “Dollar House.”

Nicole purchased the home—which sat on the city’s condemned list—for the cost of a George Washington. She quite literally signed on the dotted line and became the owner for just one dollar.

The home was moments away from being bulldozed when Nicole stepped in and took over. But by the time this determined woman was finished, she had taken a boarded up, falling apart home  positioned on crumbling concrete and turned it into a masterpiece.

I’d never seen a transformation quite like it. They jacked up the house, put in a new foundation, shored up the walls, discovered beautiful hardwood floors beneath layers of linoleum, restored the bedrooms and bathrooms, and took the house from an eyesore to a coveted corner cottage.

“I took the impossible and made it possible,” Nicole said during the very last episode. Immediately Matthew 19:26 came to mind, which reads, “Jesus looked at them and said, ‘With man this is impossible, but with God all things are possible.’ ”

How many times have we found ourselves on the “city’s condemned list”?

We’ve all had a moment—or, more likely, several—where hope for restoration seemed lost. Whether it was before we knew Christ and found ourselves in and out of a different type of rehab, or after we accepted Christ and convinced ourselves that Jesus’ redeeming grace couldn’t cover our mistakes and failures—we’ve been there.

We’ve all felt condemned. Even condemned by others. Most would say, “she’s hopeless” or “he’s too far gone.” So they’d bulldoze us over. They’d modernize us. Fix us. Refurnish our hearts with the world’s way of thinking. But Jesus does something different. While He makes all things new (2 Corinthians 5:17), He doesn’t uproot what makes us, us.

Just like Nicole keeps the quirky characteristics of old houses and chooses to restore water-stained wood floors rather than lay down new tile, Jesus takes our unique charm and uses our quirks for His kingdom. You are new in Christ because you are not bound to your old way of life.  You are restored, refinished, renewed. But your charm remains. You get to keep your quirk.

Isn’t that beautiful? Isn’t it amazing that God can look at us, like Nicole looks at a condemned home, and see our potential?

So … I guess I really am addicted to rehab. Who wouldn’t be with a God like ours?

When have you found yourself on the “city’s condemned list” and how did God restore you?

is a freelance writer and contract copywriter who lives in the seacoast region of New Hampshire with her husband, Eric-Thomas,of five years. She currently serves alongside her mother as the Marketing Director for God’s Girls Christian Store and More, a online retail store serving the southern New England region. Her work has been featured in several print and online publications, and she is the recipient of two Faithwriters’ Editors Choice Awards for her short stories, which are scheduled for publication in the Mixed Blessings series. Her first book, Fragile: 30 Days of Hope for the Anxious Heart, is now available at samanthaarroyo.com. She can be reached at [email protected].
Previous Be a Complete Reflection of Christ
Next God’s Blessing is Stronger than any Curse