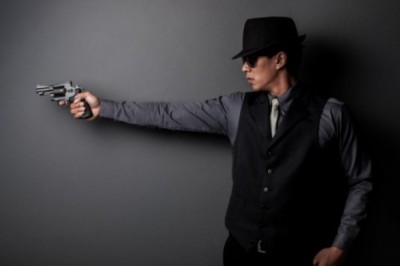 Michael Franzese: Turned inside out by Jesus

Ephesians 3:20 ” Now to him who is able to do immeasurably more than all we ask or imagine, according to his power that is at work within us. The power of God touched the heart of Michael Franzese, a former crime boss who became one of the richest bosses since Al Capone. He was brought into the Colombian “family” at 21 years old. His initiation involved having his finger sliced to establish a life long “blood” covenant between him and the gang. He sold gasoline below the legal limit and became very wealthy very quickly. He was making 9 million dollars a week. He also combined with the Russian mafia to enhance his influence.

Fortune magazine at the pinnacle of his career listed him as one of the top twenty crime bosses in the country. He developed a knack to beat federal indictments brought against him. He had beaten five indictments and began to think he was invincible. He met a wonderful woman, Camille, who he fell head over heels for and eventually married her. She came from a deeply religious family. God began to use this meeting and marriage to change his heart. He was finally indicted and sentenced to prison. While in prison he daily read the bible.

The lord transformed his heart and dramatically changed his life. Once he was released from prison in 1995 he started a ministry called: Breaking Out Foundation, which has been helping talented youths to establish themselves in life; who are unable to do so otherwise because of circumstances beyond their control.

Now Michael speaks around the country sharing his testimony of how Jesus revolutionized his life and helped him quit the mob at his conversion. There is a movie being made called “God the Father” a documentary about the life of Michael Franzese and his spiritual conversion in prison. The documentary is to be released in October 2014.How God turned this former mob boss around making him a shining light in America today.

Greg is a born again believer who testifies to the absolute transforming power of God's word. Greg has been called to full time ministry and He has known Jesus for most of his life. Greg received his degree in Pastoral Ministries from what was formerly Bethany University in Santa Cruz,California. View Greg blogs on iwriteforjesus.com. Greg has a book published on " To Jesus Christ the High Priest of my confession: A personal Testimony." find it on http://www.amazon.com/Christ-Priest-Confession-Personal-Testimony/dp/1507706847/ His testimony in short form is published in "Trials and Triumphs II" on http://www.amazon.com/Trials-Triumphs-II-FaithWriters/dp/1498416012/. This book is filled with 50 inspirational testimonies and is a project of Faith Writers.
Previous Will Our Pets Be In Heaven?
Next The Father Who Gives Good Gifts