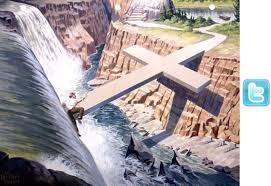 Now That I Know Better

Friends, for those who don’t know, is a sitcom about six friends living in New York City.  The show’s writers were masters of comedy, to be sure.  The show is extremely funny and entertaining.  I used to watch it quite often.  I am also an avid reader, and two of my favorite authors are Janet Evanovich and Sue Grafton.  Janet Evanovich is the author of a series of books whose main character is Stephanie Plum, bumbling bounty hunter, and Sue Grafton authors a series about the life and times of a PI named Kinsey Millhone.  Both are extremely well written.  Both heroines are funny and kind of inept in an endearing way and usually fall into a solution or capture almost by mistake.

Now that I know better I gave up all three of these passions (the books more so than the sitcom) once I began the process of sanctification all for the same reason – casual sex.  All of the characters of Friends boast multiple sex partners, including each other and random dates.  Stephanie Plum has two men in her life – her on again, off again police officer boyfriend and another bounty hunter that she lusts over (a lot).  And Kinsey Millhone has at least one boyfriend here or there with whom she engages in casual sex with.  I long to read them even as I write this!

Now, let me make this very clear – these examples are for me only.  Some actions are black and white – don’t steal, lie or cheat.  Some are an individual conviction from God direct to you (you will know what they are when you “hear” it), meaning the Bible doesn’t say “thou shalt not,” but God might whisper it in your ear.  What He tells me is not for you and vice versa.  My point in all this is to say that we all must clean up our choices once we know better.

Sanctification is the clean up process after salvation.  Before we knew Jesus, we were slaves to sin.  We did not know better; therefore, we thought everything was copacetic.  So then we meet Jesus and find out we are not doing as well as we had hoped.  We’re not on the path to Heaven after all.  Here’s the good news – once we accept Jesus we are on the path to Heaven but…  There’s always a but, isn’t there?

Now Jesus has our attention and we are on the path to Heaven; what’s next?  Sanctification is the process of “cleaning up” our lives.  Before we knew the law, we were not responsible to uphold it.  Now that we know what is right and how we should act and speak as a Christian, we are accountable for that which we know.

My two examples are unique to me and yours probably are different, but I am sure each one knows in his heart what those things are in his or her entertainment choices that are questionable at best.  If we are not practicing these things, why should be abstain?  I think Paul said it best:

Be careful, however, that the exercise of your rights does not become a stumbling block to the weak. For if someone with a weak conscience sees you, with all your knowledge, eating in an idol’s temple, won’t that person be emboldened to eat what is sacrificed to idols?  So this weak brother or sister, for whom Christ died, is destroyed by your knowledge. When you sin against them in this way and wound their weak conscience, you sin against Christ. Therefore, if what I eat causes my brother or sister to fall into sin, I will never eat meat again, so that I will not cause them to fall. 1 Corinthians 8:9-13

If we fail to abstain from things that do not glorify God we may, unwittingly, cause someone else to stumble because they see us doing these things, whatever they might be, and then believe that they are alright to partake in.  The Holy Spirit does a very good job of letting us know when we are going off the path.  When He does, it’s best to get right back on and don’t look back.  Choose this day whom you will serve.

Previous The Importance of Overcoming Anger, and How To Do It
Next Need a Miracle?