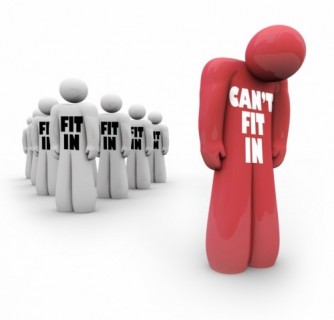 The Island of Misfit People

“Rudolf the Red Nose Reindeer”, a popular Christmas movie, is about a reindeer named Rudolf who is supposed to be the next generation of reindeers to pull Santa’s sleigh. However, he has the wrong color of nose, and it glows!! Trying to avoid embarrassment and destruction of their reputation, Rudolf’s parents do all they can to conceal his secret flaw until one day, the masked nose is discovered and the rest of the community becomes fearful of his uniqueness causing Rudolf to runaway from home.

Along his journey, he meets two other characters that are just like him; searching for answers as to who they are. As the story progresses, the three come upon The Island of Misfit Toys, where toys that are unwanted by the rest of society reside. Through various circumstances and trials, Rudolf eventually finds his way home, and he along with the other misfits, are recognized for their own uniqueness. What was once considered strange and weird was now seen as valuable and something to be treasured.

All of us can think of at least one misfit in our own society. Maybe some of you have been branded with such a name. Know that you are not the first. Many people before you have been labeled, weird, strange, out of place, a nobody. Take David for example. He was the smallest of all of his brothers. Given the least honorable and most boring task as the family sheepherder. How about Noah? Now he is one strange duck. Who builds an ark the size of a small city in a place where it never rains? Rahab made her living as a prostitute. Who would want to hang out with someone who sells her body away for profit? There are many others to whom the world would label as no good, dirty, untouchable, but God views their heart and uses them to do great and mighty things for His kingdom- defeat a giant, repopulate the world, protect God’s people.

Jesus was the ultimate misfit viewed by many as a carpenter’s son, a teacher, a prophet, but God knew more than what he had created. He had a plan of redemption that could only be successful through one who would be humble enough to follow through with the task at hand. Someone who would do the exact opposite of what would be expected from an ordinary human.

When he was corned into a fight, he didn’t use his fists, but used his words. He didn’t speak like everyone else, but instead he told stories, spoke in metaphors and figurative language. When arrested by the Jews, he didn’t resist but cooperated. While being whipped, terrorized, and spat on, he didn’t hold resentment or hatred nor did he try to fight back, but he took every bit of it and asked God to forgive them. (Luke 23:34) Hanging on the cross, he didn’t struggle. He prayed and called the robber into the kingdom. He did the opposite of what was expected and was viewed as an outcast.

Even though on earth, we may be seen as a misfit to the world, God has a different perspective. He loves the brokenhearted, the downtrodden, the weary, and he calls them to do great things for His kingdom. He does not discriminate by appearances or abilities, money or land, status or power.

God sees our heart when others only see ugliness, a wretched being.  He knows us and desires to give us a new name.

Are you tired of being viewed as a misfit by the world?  Do you desire to know the one who created you and knows your heart?

is an author and editor for The Bottom Line Ministries as well as a member of Faith Writers. Currently she teaches high school language arts. She is a mom to four amazing blessings and enjoys every moment life has to offer. Renee has a fervor and drive to learn, she loves to read and spend time with her family, and is involved with her local church ministries. Humbled by God’s gift of words, she has a passion to write what the Holy Spirit has placed in her heart. She hopes to publish her in-progress book someday, but in the meantime, is honored to be placed as part of the TBL writing family and is holding on to the ride wherever God is leading. Renee and her family reside in their country home in Holland, Iowa.
Previous Using our Gifts “One to Another” in the Family Setting
Next Are You Here to Worship or to Be Entertained?