Breaking News
Home / Entertainment / The Spirit of Halloween: To Celebrate or Not 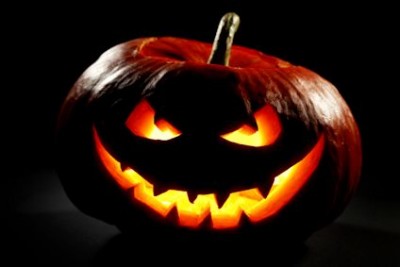 The Spirit of Halloween: To Celebrate or Not

Stores are getting into the Halloween spirit. What they may not realize is that there are real spirits. A recent article stated that the number of witches in the United States is doubling every 30 months. And at the present time there may be “8 million undeclared practitioners” in the “craft.”

Our teens are being sucked into Ouija Boards. Young children are being exposed to Harry Potter. My local library promotes the entire series by J.K. Rawlings. The largest public satanic celebration in America’s history happened in Michigan a few months ago.

Halloween has real counterparts. There are real witches. Some people believe in a real Satan. A real estate agent in Southern California was supernaturally transported to a literal hell and saw real, and horrible, evil spirits. The characters of Halloween are not make-believe.

There are forces of good and evil. There is evidence that the recent killings in Roseburg, Oregon, were partially motivated by satanic control. There is also light versus darkness. A spirt of rebellion exists in the hearts of many individuals. Satan was cast out of heaven because of his rebellion toward God. He is seeking to deceive people from seeing the truth. One way that he is doing this is by trying to make people believe that there is no such thing as a real devil and all the other things associated with Halloween. II Corinthians 11:14 calls Satan an “angel of light.” Did you ever stop to ask yourself what the significance is of Halloween characters dressed in black? John 3:19 says that people “…loved the darkness rather than light, because their deeds were evil.” Darkness means covering up the sinfulness of humanity. It is no coincidence that witches dress in black and haunted houses are dark.

Because of sinfulness people want to live in darkness. Jesus, however, said that He is the light of the world. His light is being rejected because it exposes the sinful deeds of darkness, like turning on a light in a darkened room. Any evil doing is immediately revealed.

When Jesus died upon the cross and rose from the dead one of the greatest “Halloween events” in all of history occurred, a description of which is found in Matthew 27:52-53. It is recorded that “…the tombs were opened, and many bodies of the saints who had fallen asleep were raised, and coming out of the tombs after His resurrection they entered the…city, and appeared to many.” (“Asleep” in this context means dead).

Jesus proved he has power over death. He is the light that will reveal who you really are, but he will also redeem you by his grace. You don’t have to remain dead in your sins, but can be raised to life eternal. God can deliver you from the “domain of darkness” and transfer you to the “kingdom of His beloved Son”(Colossians 1:13). Then you will have his Holy Spirit indwelling you.

Are you contemplating celebrating Halloween? Ask yourself these questions: “Do I want to be associated with darkness or light?” ” Do I want to identify with rebellion or with the receiving of God’s grace?”

a spirit of rebellion toward God Halloween characters have real counterparts II Corinthians 11:14 John 3:19 libraries promoting Harry Potter light versus darkness Matthew 27:52-53 people loved darkness rather than light public satanic gathering in Michigan teens sucked into Ouija Boards the celebration of Halloween the forces of good and evil the greatest Halloween event in history the spirits of Halloween witches and haunted houses witches in the U.S. 2015-10-17
John Clark

Tags a spirit of rebellion toward God Halloween characters have real counterparts II Corinthians 11:14 John 3:19 libraries promoting Harry Potter light versus darkness Matthew 27:52-53 people loved darkness rather than light public satanic gathering in Michigan teens sucked into Ouija Boards the celebration of Halloween the forces of good and evil the greatest Halloween event in history the spirits of Halloween witches and haunted houses witches in the U.S.

John Livingston Clark is 67 years of age and lives in central Washington State. He has written two published books, and two published poems. His initial book is called, " God's Healing Hope: Breaking the Strongholds of Wrong Thinking." His second book, released in December of 2016, is a motivational book written to seniors titled, " Seniors: Are You Retiring or Recharging?" Both books are available on amazon. You can also view his writings on www.faithwriters.com. John is available to speak on a variety of topics. Visit me at jclarkministries.com
Previous Our Hope: The Other 99
Next What’s the Problem with Sugar?