Breaking News
Home / Entertainment / Why Do Animated Films Attract Audiences of All Ages? 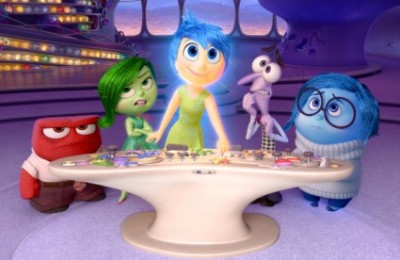 Disney Pixar's "Inside Out" from Pop Culture Nerd.

Why Do Animated Films Attract Audiences of All Ages?

It was a weekend of record-breaking box-office hits. Jurassic World held strong for a second weekend in a row, while Disney/Pixar Studio’s new release, Inside Out, grossed $91.1 million during its opening weekend. According to Time, it’s the highest-grossing opening weekend for an original Pixar film. The only Pixar movie to out-perform Toy Story 3 in 2010.

If you browse the opening weekend list, you’ll notice that frankly most of the top-debuting originals are animated features, be they from Pixar (The Incredibles, Up, Wall-E, Finding Nemo, etc.) or DreamWorks (Kung Fu Panda, Monsters and Aliens), or Disney Animation (Frozen). There are a few other relatively high-opening live-action original films (The Day After Tomorrow, 2012,  Inception,  etc.), but the majority of top-tier debuts were animated.

So what’s the draw to cute, funny, animated feature films? It can’t just be the kids’ attraction—it’s the parents’ attraction too. After all, the kids can’t drive themselves to the theater.

So is it the universal message? As Rotoscopers Pablo Ruiz noted “In Shrek, we learn what matters is what’s inside. All Toy Story films teach us about letting go and about friendship. The Lion King teaches us about responsibility and facing your problems. These are all things we can all relate to.”

If not that, then the humor? While most often animated films are meant to entertain and keep the attention of children, over the years, more adult humor had been woven into the script. Nothing terribly inappropriate, per say, but they’ve introduced content that goes above the heads of little ones and simultaneously causes a ripple effect of laughter among the film’s adult audience.

Or, maybe animated films are simply better movies. Ruiz went on to note to that animated films involve a more collaborative effort, involving several screenwriters, story board artists and others. So while just 15 animated films are released each year (on average), most are must-sees. How many PG-13 and R-rated films can say the same?

Or take my theory: animated feature films draw droves of people because folks are craving good, clean, fun entertainment. In a world mired by violence and headlines that reek of tragedy, adults are looking for a pick-me-up, while children are in it for the popcorn and giggles.

Psalm 17:22 says, “A cheerful heart is good medicine . . .”  This is true regardless if you ascribe to the authority of Scripture. It’s backed up by science. WebMD quotes Steve Wilson, MA, CSP, a psychologist and laugh therapist who says, “I believe that if people can get more laughter in their lives, they are a lot better off. They might be healthier too.” Researchers have found that it can raise the level of infection-fighting antibodies, have a positive effect on blood-sugar levels, and improve one’s ability to sleep.

Ecclesiastes 3:4 reminds us there is a time for everything under the sun, including “a time to laugh.” And if there was ever a time, it’s now.

What do you think it is about animated movies? What attracts you to the latest Disney and Pixar films?

is a freelance writer and contract copywriter who lives in the seacoast region of New Hampshire with her husband, Eric-Thomas,of five years. She currently serves alongside her mother as the Marketing Director for God’s Girls Christian Store and More, a online retail store serving the southern New England region. Her work has been featured in several print and online publications, and she is the recipient of two Faithwriters’ Editors Choice Awards for her short stories, which are scheduled for publication in the Mixed Blessings series. Her first book, Fragile: 30 Days of Hope for the Anxious Heart, is now available at samanthaarroyo.com. She can be reached at [email protected].
Previous Joseph – Master of Dreams
Next Afraid to Let Go