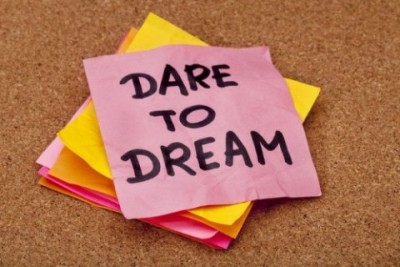 To Jacob and Rachel there was born a son,
His name was Joseph, and his father loved him a ton.

Joseph was favored above all his brothers,
His daddy even made him a coat of many colors.

One day the Lord gave Joseph a dream,
Oh how this must have made him gleam.

He went and told his brothers that he would rule over them,
They must have wanted to tear him limb-from-limb.

Joseph received another dream from heaven above,
He declared to his brothers they would bow down and show him some love.

One day his brothers plotted and threw him in a pit,
However some merchantmen passed by and the original plan did not sit.

For twenty pieces of silver Joseph was sold,
But to God, Joseph was worth more than gold.

The brothers went to Jacob and declared Joseph was killed by a beast,
Oh how they did claim that it did feast.

Joseph ended up becoming an overseer in Potiphar’s court,
This was until he refused to sin and was given a negative report.

Our hero was thrown in a jail cell,
Time passed, but our God did not fail.

The chief baker and chief butler joined our friend,
This is where God moved and brought the folly to an end.

The baker and the butler both had a dream to share,
Joseph interpreted each with great care.

Unfortunately, for the baker this was the end of the line,
But for the butler, things would turn out just fine.

One day Pharaoh had a dream that no one understood,
Until the butler remembered that Joseph could.

To Pharaoh, Joseph declared there would be a famine in the land,
Again, we see the power of God’s hand.

Joseph became a ruler of everything under Pharaoh’s domain,
The people would have to come to him if they wanted some grain.

One day his brothers journeyed to Egypt to get their ration,
Joseph recognized his brothers, and his heart was filled with compassion.

The brothers fell before Joseph with their faces to the earth,
For in Joseph did they find much worth.

Joseph didn’t reveal his identity right away,
To meet the rest of his family a small game he did play.

He called for his brothers to bring Benjamin to the land,
They agreed, even though they would have to bring him across much sand.

Soon the brothers were united and Joseph couldn’t hold back the tears,
For he had been without his family for so many years.

He revealed himself to his eleven brethren because he couldn’t hold back,
He wept and hugged them tightly without any slack.

Soon daddy Jacob would get the word that Joseph was alive,
He rushed to meet him in Goshen, despite the long drive.

Father and son once again were restored,
This was the was the work of Jesus our Lord.

So next time God gives you some dreams,
Remember, they are promises from Him who redeems.

Despite how badly Joseph’s brothers treated him, he went on to forgive them (Gen 50:16-21).

Has God been giving you dreams?  What message might He be trying to convey to you?

Joel M. Bauer is a 45-year-old U.S. Army Veteran from Dunn, NC, which is just outside of Raleigh. After being honorably discharged from the U.S. Army, he attended school at Taylor University, a Christian liberal arts school, in Fort Wayne, IN, where he received his BS in social work and psychology. He has worked in such places as a homeless shelter, a community based treatment center for severe mental illnesses, a school for troubled students, and other social service agencies. His current endeavor is to build The Bottom Line website into a site that inspires both Christians and non-Christians alike, and brings glory to God.
Previous Get Up With God: What a Way to Start Your Day
Next Why Do Animated Films Attract Audiences of All Ages?