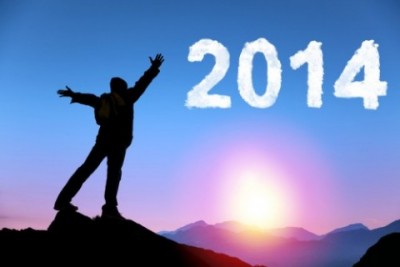 One of the first things I do when I set out to write, is open a tab on my computer for Dictionary.com. This website is my writing buddy; it offers a plethora of definitions as well as myriad synonyms. I typed the letter D in the URL and up pops the rest of the domain name for the website—goes to show how often I visit. Something new caught my eyes this time… “Dictionary.com’s 2014 Word of the Year.”

I read the title and instinctively expected a complex word with a hefty pronunciation. Instead, I discovered the word of the year is simply, “Exposure.” Living up to its standard, the website went on to list a number of definitions. The condition of being expose to danger or harm. The act of bringing to public attention. An instance of bringing to light, revealing, or unmasking. Disclosure of something private or secret.

Each definition is surrounded by dated events and activities that unfolded this year, which best fit that specific form of exposure. Example, Ebola is described as the type of exposure causing danger or harm. The revelation of Donald Sterling, former Clippers basketball owner, racist remarks, and footballer Ray Rice punching his wife, is labeled as the type of exposure that brings or reveals things to light. Disclosure of something private or secret would be, Target announcing the theft of over 110 million customer data, and iCloud hacks exposing nude photos of Jennifer Lawrence as well as other celebrities.

What amazes me is there wasn’t one encouraging or positive event or activity listed, which could be used to describe any of the forms of exposure. It is clear the word got chosen because of its relevance to this year’s happenings. But was there nothing good exposed this entire year worth mentioning? Or could it be true that good news doesn’t sell?

It took much digging, but I eventually discovered some positive exposures in 2014 after all—thanks to HistoryOrb.com. In January archaeologists discovered the oldest Roman Temple (6th C BC) at Sant’Omobono. The new drug, ABT-450, with a 90-95% success rate for treating Hepatitis C, was announced in April. In September Serena Williams wins her third straight US Open women’s tennis singles. This month, top African business leaders establish an emergency fund to help countries hit by the Ebola outbreak. Also, New York’s 104-storey World Trade Center re-opens for business.

Another good news that often gets buried in the rubble of this world’s bad ones, is the Gospel of Jesus. If only the media would be as excited about spreading this good news as they are of spreading killings and scandals, then this world would be more user-friendly. Well, there is one very important “exposure” that is yet to come—could be this year or the next—and the media won’t need to cover it, since it will be live worldwide. This grand event will be the coming of the Lord, and the beginning of the end for many. “And this gospel of the kingdom will be proclaimed throughout the whole world as a testimony to all nations, and then the end will come.” (Matthew 24:14)

Amelia Brown is from the beautiful island of Jamaica. She is a 28 year old Guidance Counselor by profession, but a passionate writer at heart. Most of her articles written are aimed at stimulating positive change under the guidance of the Holy Spirit. She is also a published poet and a member of Faithwriters. Outside of writing, she enjoys volunteering, cooking, and turning frowns right side up. Amelia currently lives in New York.
@ameliambrown
Previous Build On The Rock
Next Custom Made Christianity