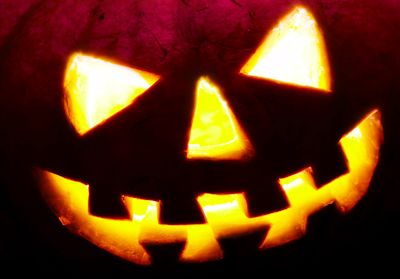 As the saying goes, “You can’t teach an old dog new tricks, but I am reminded there exist in this life an ‘old dog’ who uses the SAME TRICKS over and over. The sad reality is, people keep falling for these tricks time and time again! Some have said, “When will we ever learn?” Well, my friends, it is time we caught on to the lies that Lucifer, also known as Satan, speaks so well, and time we take notice of his tactic’s and make a decision to go the other way, to be strong and RESIST. We can change our world. But more than that, it is time we recognize the tricks of Satan and make every effort to reach out to the lost and dying world around us and EXPOSE him!!

I was once a practicing Witch in every sense of the word. Most people perceive a Witch to be an old hag in a black pointed hat or even to be a spooky type of personality with a dark character. I was a Witch that could appear normal and carry on my black magic without a single person any wiser. The best part of my story is the fact that I gained salvation as Jesus Christ invaded my life and craft, and gave me a whole new reason to live. Lucifer gave me the power to harm, God gave me the POWER to overcome!

Here we have a spirit being roaming around to “seek whom he might devour,”* and we sit idly by and allow him to do his work. Just look at what has happened to our world today because we have fallen for the biggest lie of all – “I can do it MY way!”, to quote an old song. Is this not what Satan offered Eve in the very beginning. YOU too CAN BE like God! Yet, there is always a catch; something to do, something to give up, or we are promised something to gain. Truth has always been truth and it will, in the end, prevail. It is sad to realize that many will succumb to the lie and take themselves to hell in a hand-basket.

The Bible is full of stories of men and women who tried to do things their way. The world is full of men and women who feel they have been made into something never intended by God, that they are powerless to change, or unable to abstain, whatever the case may be. There are those who will wake up one day to the fatal truth that they believed the lie and lost it all. Only through faith, belief and trust in our Great Creator can you and I even hope to change. Jesus Christ showed us the WAY and God has exposed Satan for who he really is, “The father of lies.”** Do you want to base your whole existence on such a created being?! Do you want to base your eternity on a lie? The choice is yours. Trick or Treat!

Annie Meadows is divinely inspired and is now being called the modern day Beatrix Potter as she creates morally rich books for children and those who choose to remain young at heart.
Previous The Day The Hammer Finally Fell
Next Secular Music and the Christian