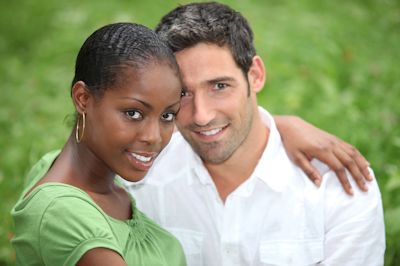 A Biblical Position On Interracial Relationships

There is a lot of controversy today about interracial relationships. Some parents shun their children at the thought of being in a relationship with someone from a different ethnic group. The Holy Bible does touch base on these type of relationships, and I’m going to try to identify what is and what isn’t okay.

First, lets identify some terms that are going to be important. They are “race” and “culture.” Race entails the ethnic or biological qualities you are born with. These things are internal and for the most part can’t be changed. Culture is defined by the social attributes we define ourselves by within our social setting. This can include things such as religion, political affiliation, and community integration.

So, first let’s look at what the Holy Bible says about race and relationships, and to do that we’re going to look at Moses. Now Moses was a Hebrew man and he married an Ethiopian woman named Zipporah (Num 12:1). This upset Aaron and Miriam, so they fussed about it. This angered the Lord and He actually turned Miriam leprous for her behavior (Num 12:9-10). Of course, the Lord restored her after seven days, but the point was that she felt unjustified shame for Moses, so the Lord gave her shame of her own (Num 12:14:15).

The Holy Bible puts a different spin on marriage within different cultures. This is because mixing with other cultures can lead to mixing with other religious beliefs, and therefore worshiping other gods. This isn’t always a problem, as we can marry into another culture, and that culture may be a Christ-serving culture. However, we’re warned about crossing over that line when other religions are involved. Let’s look at some examples from the Bible:

Deu 7:2-4 And when the LORD thy God shall deliver them before thee; thou shalt smite them, and utterly destroy them; thou shalt make no covenant with them, nor shew mercy unto them: Neither shalt thou make marriages with them; thy daughter thou shalt not give unto his son, nor his daughter shalt thou take unto thy son. For they will turn away thy son from following me, that they may serve other gods: so will the anger of the LORD be kindled against you, and destroy thee suddenly.

Mal 2:11-12 Judah hath dealt treacherously, and an abomination is committed in Israel and in Jerusalem; for Judah hath profaned the holiness of the LORD which he loved, and hath married the daughter of a strange god. The LORD will cut off the man that doeth this, the master and the scholar, out of the tabernacles of Jacob, and him that offereth an offering unto the LORD of hosts.

The warning is simple. Do not engage in relationships outside the faith because they can draw you away from the Lord God and towards other gods. Let’s look at one last verse:

2 Cor 6:14 Be ye not unequally yoked together with unbelievers: for what fellowship hath righteousness with unrighteousness? and what communion hath light with darkness?

Friends, relationships are important and they can impact us greatly. Being in an interracial relationship isn’t a sin, but condemning those who are in such a relationship can certainly anger the Lord, just as Miriam and Aaron managed to do. God made all humans, male with female, compatible for a reason, and we need to respect that. However, we do need to be careful when it comes to marrying into other cultures that practice different religions. Be safe and above all stay focused on the Lord. Thank you for reading and God bless.

Joel M. Bauer is a 45-year-old U.S. Army Veteran from Dunn, NC, which is just outside of Raleigh. After being honorably discharged from the U.S. Army, he attended school at Taylor University, a Christian liberal arts school, in Fort Wayne, IN, where he received his BS in social work and psychology. He has worked in such places as a homeless shelter, a community based treatment center for severe mental illnesses, a school for troubled students, and other social service agencies. His current endeavor is to build The Bottom Line website into a site that inspires both Christians and non-Christians alike, and brings glory to God.
Previous The Year of Blessed Victory
Next When To Fight and When To Turn The Other Cheek